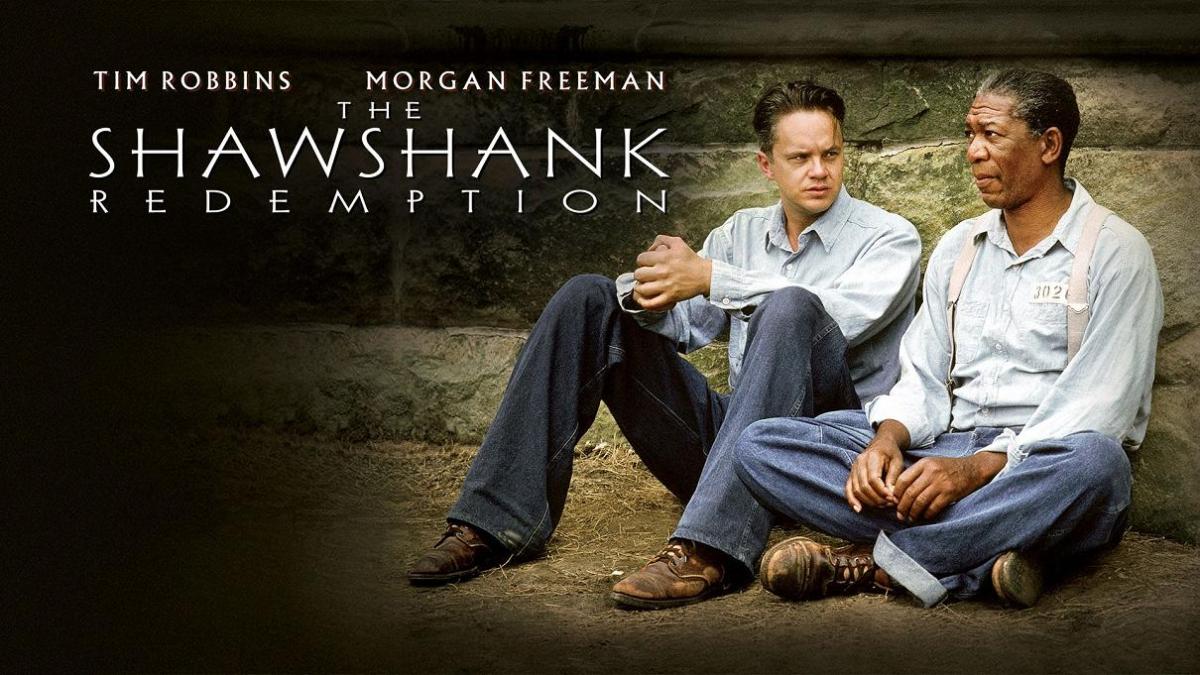 We take a look at the recently released 4K version of The Shawshank Redemption, which is a stellar release that should sit in any movie enthusiast’s collection.

In the earlier days of the internet, when people started flocking towards IMDB and noticed its user generated ranking system, many were surprised to see which movie ranked number 1. It wasn’t Citizen Kane, or The Godfather, or something with a loyal following among early internet users like Star Wars – it was The Shawshank Redemption. Years later, it still sits there at number one, cementing its status a true modern classic of cinema. Warner’s new 4K transfer makes it shine brighter than ever before.

The Shawshank Redemption is one of those movies that, over the years, people will have seen a few times. What I remember from past viewings are mostly elements that I’ve enjoyed based on their artistic merits, yet this was the first time the audiovisual delivery really stood out and stuck with me after watching.

Don’t get me wrong – the career high performances by Morgan Freeman and Tim Robbins as Red and Andy Defresne, the original story by Stephen King and the adaptation for the screen by Frank Darabont still take center stage, but they all feel enhanced by how well done the new video transfer is. Played on a 4K setup, you can enjoy 2160p/HEVC H.265 video with an audio track in the DTS-HD Master Audio 5.1 format – but it’s the way that both have been implemented that makes the difference.

The video quality in particular really stands out with amazing clarity, vibrant colors and stark contrasts between light and dark that help tell a story that resides somewhere between hope and despair. After its release in 1994 The Shawshank Redemption was nominated for a best cinematography Oscar, and the visual storytelling that comes across in this 4K transfer demonstrates why.

Colors are effectively used to express scenes of hope and freedom, while darker hues are reserved for gloomier scenes. In this 4K remaster, you’ll also easily notice tons of finer details, right down to the quality of the wood, the worn down metal and the cold stone walls of the prison. There’s also an impeccable amount of detail on the actor’s facial features, almost to the point where you think this was digitally shot. A tiny bit of film grain keeps the 1994 origin of the film alive, but the quality of the video is astonishing. 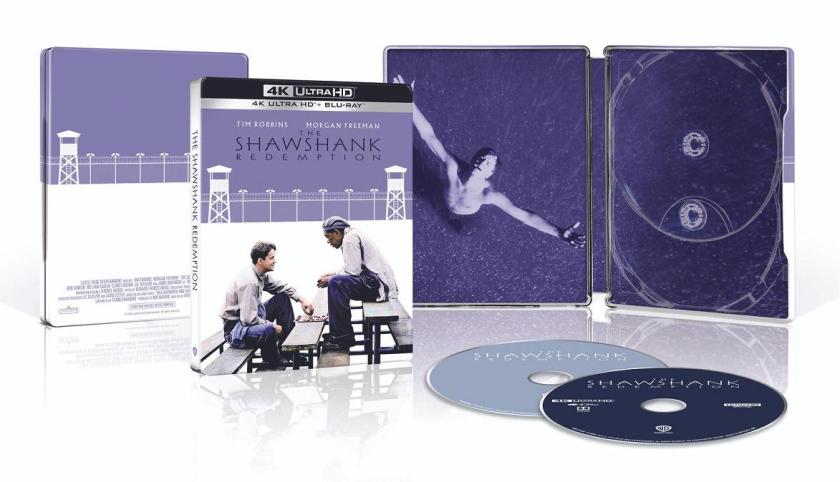 The atmosphere-rich video transfer also goes hand in hand with the audio score, with is another area where the film picked up Oscar nods – two, in fact. It didn’t win, but the nods for best music and best sound are easy to understand when watching this version. Aided by the visuals, the subtle surround and stereo effects help tell the story with a soundscape that puts you right there in the middle of Shawshank prison as intimate conversations are backed up by ambient sounds around you.

It’s truly the definitive version of the film thus far, well ahead of the earlier BluRay and DVD releases, and includes insightful audio commentary from Frank Darabont that’s worth a listen to anyone who already knows the movie by heart and would enjoy a fresh perspective on what inspired it, the choices and changes that were made for it and how the writer/director looks back on it.

The included BluRay disc also features a number of extras, though there is little in the way of new material that features the main cast. Instead two older documentaries reappear, the first one (Hope Springs Eternal) being a classic case of DVD extras where everyone gushes about how great it was to work on the film. A second documentary feels more retrospective, and focuses on the enduring success of the film, so many years after its release.

Also includes is a TV interview from the Charlie Rose show from 2004, as well as a spoof film called The Sharktank Redemption. It feels unexpected and almost out of place due to the comedic undertone, but it’s well made and worth a watch. Rounding out the selection of extras are the original trailer and eight montages of still, all categorized but with an option to play everything in sequence as well. The only downside is that some of the older material here is clearly from the 480p/DVD era, so when you’re coming from the main feature it’s a noticeable step backwards in visual fidelity.

This is, however, a glorious rendition of a now classic movie, and a showcase for what – in the right hands – can be done with 4K technology.