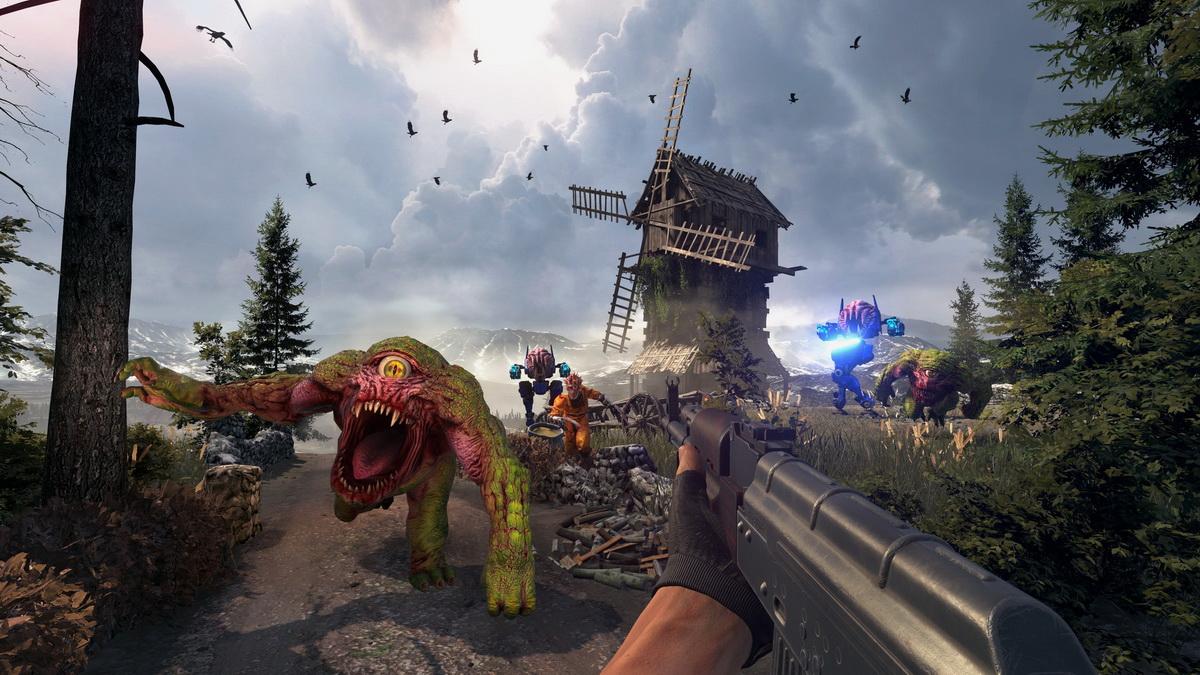 Serious Sam – Siberian Mayhem is a brand new chapter that follows the events of Serious Sam 4. It’s a standalone expansion that’s currently only available on PC, and takes Sam Stone to the cold environments of Siberia.

It’s actually only been a few weeks since we last saw Sam, as Serious Sam 4 was released for next gen consoles at the end of last year. We wouldn’t be surprised if Siberian Mayhem came to consoles at some point as well, but for now we went back to the old mouse and keyboard routine to see what more this new expansion has to offer.

As this expansion is Russian-themed, you can expect familiar elements like Kalashnikov rifles and vodka, just in case you forgot that Siberia is in Russia. The landscape is more interesting than seeing those stereotypes reinforced though, as the frigid, snow-covered coastal areas make you feel cold just looking at it all while the inland woods are actually beautiful to see when you’re not focused on the dozens or hundreds or enemies charging at you.

Because yes, Siberian Mayhem follows a familiar pattern and doesn’t stray from the kind of gameplay that we saw in Serious Sam 4. And while it can feel rather mindless at time, there’s a sense of adrenaline that rushes to your head every time you suddenly see a swarm of enemies emerge from behind a corner or appear in the distance.

The end result is almost always a hectic battle with tons of guts flying around, but to the developers’ credit there are quite a few mechanics here that help mix things up. As in Serious Sam 4, you can switch up your arsenal and apply upgrades often, even letting you climb aboard a giant mech again, but unlike the base game we found that Siberian Mayhem has optional objectives that are far more fleshed out than simple fetch quests. As a result, you can dramatically extend the length of this expansion, which is otherwise only a few hours long.

Even outside of the campaign and optional objectives, there’s plenty to find by exploring when you’re not engaged in combat. Besides loot and rewards, that also includes overhearing conversations that enemies have if you can manage to stay unnoticed for a bit. Definitely a step in the right direction for Sam Stone, as critics of the franchise will call it ‘mindless’ so it’s nice to see a bit of world-building getting added.

Surprisingly, even though it’s been well over a year since Serious Sam 4 launched on PC, not all of its performance issues have been ironed out. While the experience in Siberian Mayhem is definitely more polished and smoother, we still noticed the occasional visual glitch – which is disappointing when you consider how long the base game has been out now. Still, those who enjoy Sam Stone’s unique brand of carnage will find plenty of it here, and it comes with a gentle mid-range price tag too.