We’ve consistently looked at A Plague Tale – Requiem as one of the top releases coming out this holiday season, and after gameplay trailers and hands on sessions at trade shows it’s finally here. Was it worth the wait? We played the PlayStation 5 version of the game, which is also available on the Xbox Series S/X, PC and Nintendo Switch (in a streaming version). Asobo Studio developed the game, with Focus Entertainment publishing it.

We really enjoyed A Plague Tale: Innocence when it launched in 2019, and part of that was that it wasn’t afraid to ditch the trend of open world game design and deliver a tight narrative-driven and cinematic experience instead. Not everyone has 40 or even 100+ hours to spend on a game, and A Plague Tale proved that you can tell an engaging story in 10 to 15 hours, without padding or shrinking things down to a point where people say a game is too short.

In the previous game, teenager Amicia guides her younger brother Hugo through a rat-infested France in the middle ages. The siblings are of noble descent, but in a war-ridden country that doesn’t seem to matter, and Hugo’s illness doesn’t help their chances of success either. Emotionally charged and beautifully crafted, it was a memorable game more than worthy of a sequel. 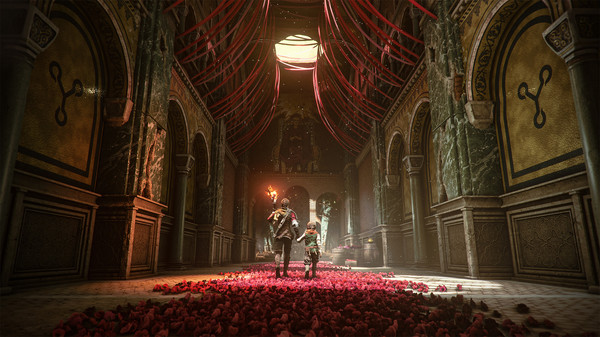 In Requiem, Amicia and Hugo have traveled to the south of France for a less stressful existence in a rural environment, but that dream gets disturbed when Hugo falls ill again, forcing the pair to head for a nearby city in order to find medical help. They’re both scarred by the events of the first game, as Amicia seems more on edge and lets out her anger regularly, rather than being afraid and stealthy. Hugo’s grown more and more worried about the strange connection he seems to have with the rat plague as well – something that’s clearly weighing on him.

Their tale is beautifully brought to life with stunning visuals, which is something we were hoping for when they announced that Requiem wasn’t going to appear on last gen systems anymore. That push seems to have come at a price though, because in our pre-release review copy we ran into a few performance issues and more than a handful of bugs. We love that we didn’t have to wait until later in this busy season to play the game, but wish it had stayed in development a few weeks longer.

Compared to Innocence, Requiem is a longer game but it’s also less tightly paced than the first game. You’re not constantly on the run from the Inquisition here, and in an attempt to introduce mechanics to newcomers who skipped the first game (don’t do that – play Innocence first) the game takes out time to let you relearn some things, but for existing fans it briefly breaks the cinematic immersion as a result – the game should have offered two paths, with one for those ready to dive in after completing the first game.

Gameplay-wise, the game offers a familiar blend of stealth, combat and puzzle solving – the latter of which still includes the ability to manipulate rats, for instance by making them steer clear of light. You can do the latter by firing flaming arrows as well now, courtesy of Amicia’s new crossbow. She also has a knife available to her, but as she’s still a teenager you’re usually better off steering clear of combat with older and stronger foes.

That doesn’t mean that A Plague Tale: Requiem doesn’t feature jaw-dropping action though – much more so than in Innocence, your journey takes you across some spectacular set pieces, rivaling the best moments in games like Uncharted and The Last of Us. It’s here where the choice for next gen pays off, though it can also be seen in the much larger levels that you now have to navigate.

For those who enjoyed Innocence, A Plague Tale: Requiem is a must-play sequel that brings back many of the elements that made the first game work: an emotionally charged story that tugs at your heartstrings with amazing production values. Its launch state (on the PS5) is a bit rough though, so you may want to keep an eye out for some patch notes to see when would be a good time to jump in.

One thought on “A Plague Tale: Requiem review (PS5)”