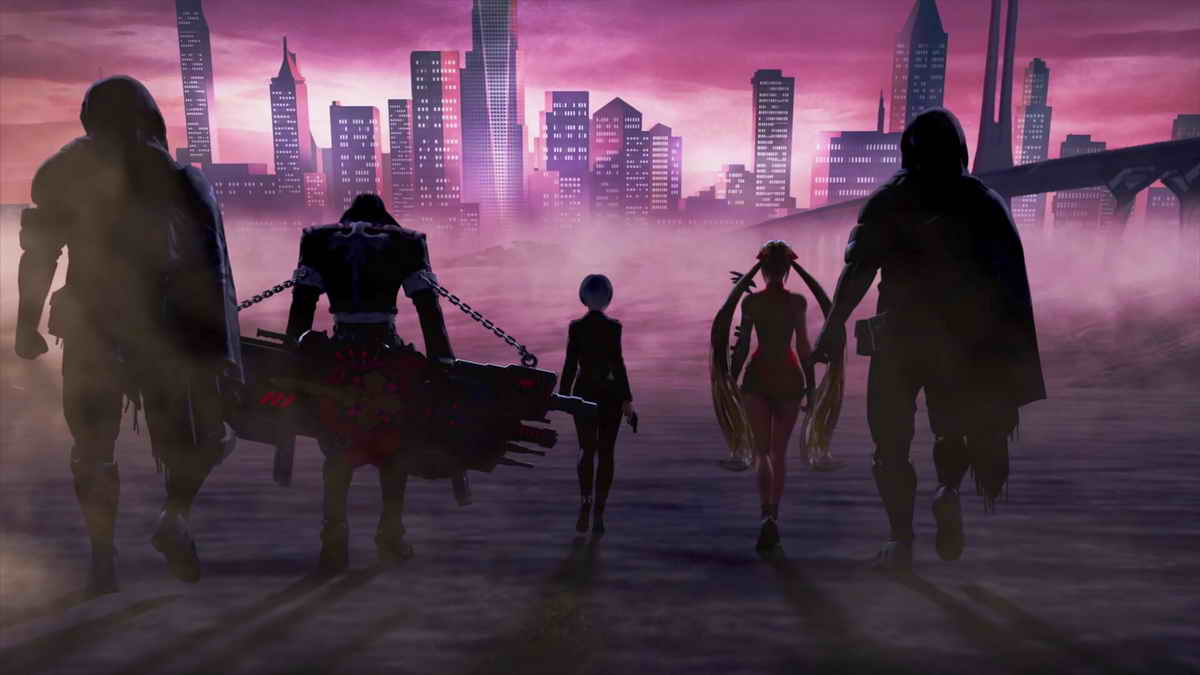 Gungrave G.O.R.E. feels like a nice break from the sometimes overly complicated mechanics of many of today’s action games. It’s out now for PlayStation, Xbox and PC, and we played the PS5 version for this review.

Although we remember Gungrave’s release on the PlayStation 2, we didn’t actually play a Gungrave game until Gungrave VR, a title that was released early in the PSVR’s lifecycle. And while Gungrave G.O.R.E is a third person action adventure, it has the same cathartic feel that its VR cousin had – mindless over-the-top fun that’s great to unwind with.

We actually went hands on with the game a few months ago as well, when we met with Plaion/Prime Matter to see Iggymob’s new game in action. And while it might not have gotten the same kind of attention that other game got post-show, it stuck with us as a title we wanted to see more of. And if you missed out on the previous games, Gungrave G.O.R.E. will catch you up on past events – leading into the story for this game which is about a mercenary team that’s heading into the headquarters of an organization called Millenion that produces a drug called Seed.

Protagonist Grave isn’t much for conversation though, so the story campaign is mostly about him ploughing through hordes of bad guys with the massive weapons case he lugs around on his back – his “coffin”. Your most powerful and impressive-looking effects come from there, and use up the Beat Meter you charge up over time.

And while you can get up close and personal, Gungrave G.O.R.E. is much more about gunplay than anything else. You have a pair of hand-guns/cannons that have a forgiving auto-aim, you can aim at long distance targets with the trigger and can also offload a bunch of bullets at once when you’re about to be surrounded. You can unlock a variety of special attacks and abilities as well, and can go into an overdrive mode called Storm Barrage where you deal extra damage. It’s not an easy game and you’re not overpowered, but having such an arsenal as your disposal does feel fun to play around with.

As your coffin is so large and heavy, you can also use it to smack enemies in the face as a melee weapon – or use it to slap a “return to sender” stamp on incoming projectiles. There’s a high frequency of enemies coming at you as well, which works in hiding some of the game’s rougher edges. The visuals aren’t all that detailed, enemies barely react physically to getting hit (until they bite the dust) and there are very few effects of all this carnage on the environment you’re in. We didn’t mind and it’s not a bad looking action game, but it does feel a bit out of date for a PS5-era title, despite some great cutscenes.

Boss fights tend to be quite challenging, and if you’ve gotten quite comfortable with the minute-to-minute combat they might still stop you in your tracks for a while. They have powerful attacks that are hard to dodge, and if you don’t start the fight powered up and with plenty of health you’ll be in for a tough battle. Outside of these fights, Gungrave G.O.R.E. is more forgiving, granting you extra health when you execute someone.

If you’re comparing Gungrave G.O.R.E. to today’s action games it might have its shortcoming, but we had fun with it. Our main gripe wasn’t the nonsensical story or last-gen visual effects – it was the music, but that’s a matter of taste. Gungrave G.O.R.E. is loud, with loud metal blaring out of the speakers during the action. We turned it down, but get that it fits the genre and visual style. For us though, the cathartic violence was enough, and it was nice to have a game you don’t have to think about too much.