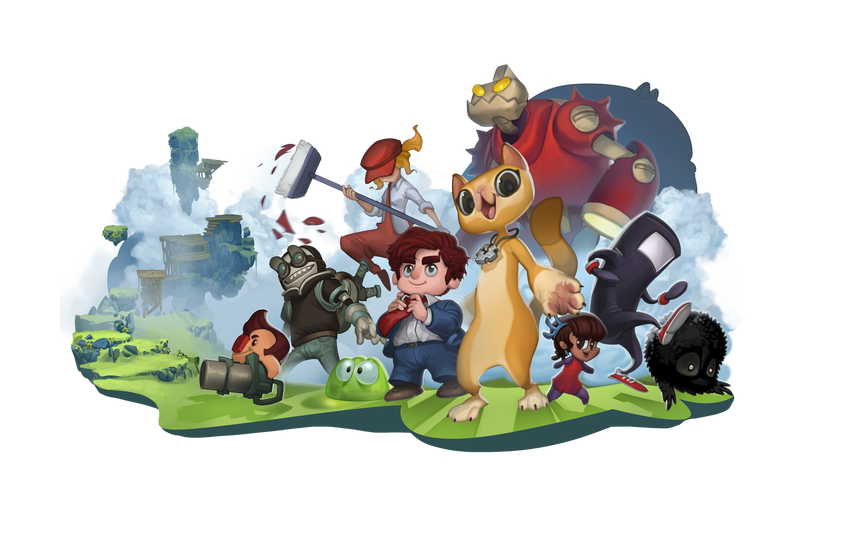 Team Indie is an innovative puzzle platformer that doesn’t just appeal to fans of Indie games and their characters – though their presence does add some extra character to the game.

During last month’s Gamescom, we met up with Markus and Thomas Bedenk from Brightside Games. The team at Brightside is currently developing Team Indie, a clever platformer that combines elements from The Lost Vikings, Braid and several other titles. As the name suggests, the game brings a seemingly random collection of Indie game characters together – united only by their backgrounds.

There is more to it than that though – as these characters have to work together in order to help Marvin the Cat through the game’s many levels. Marvin was designed by Brightside, and is aided by characters from games such as Dustforce, Runner 2, Knytt Underground, Awesomenauts and Braid. Each of these characters comes with a unique ability that will prove to be essential for beating a level and progressing there where Marvin (or another character) can not. 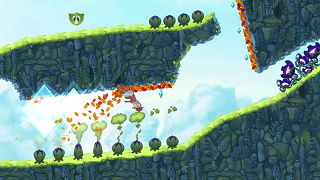 The gameplay dynamic that makes this possible is time-travel. You play until a certain point on the game, and then you activate a second character while also rewinding time itself. As a result, your new character travels through the world and makes use of the moves or changes you made the first time around. Did you remember to flip that switch? Your second character won’t be able to progress if you didn’t. This is a very simple example of how Team Indie works – but the basic concept is that planning and careful timing become more and more important as you move through the levels.

Of course, a game like this doesn’t *need* a host of guest stars to work – and we were pleased to see that their presence isn’t merely a gimmick. If you’re familiar with the original characters, their special ability will instantly seem familiar, helping you with the learning curve. The sheer number of different characters (10 in total) also helps to increase the game’s diversity – and seeing a few familiar faces makes sure that you’re not overwhelmed.

Team Indie is out later this year and looks to be a fun new twist on some familiar genres. You can check out the game’s homepage at http://teamindie.brightside-games.com/ 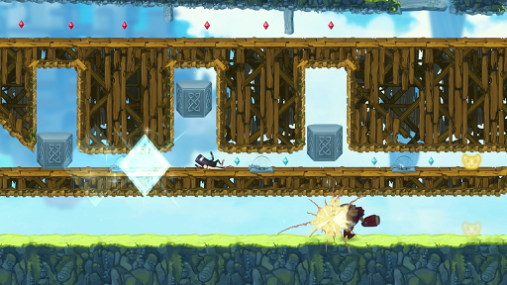