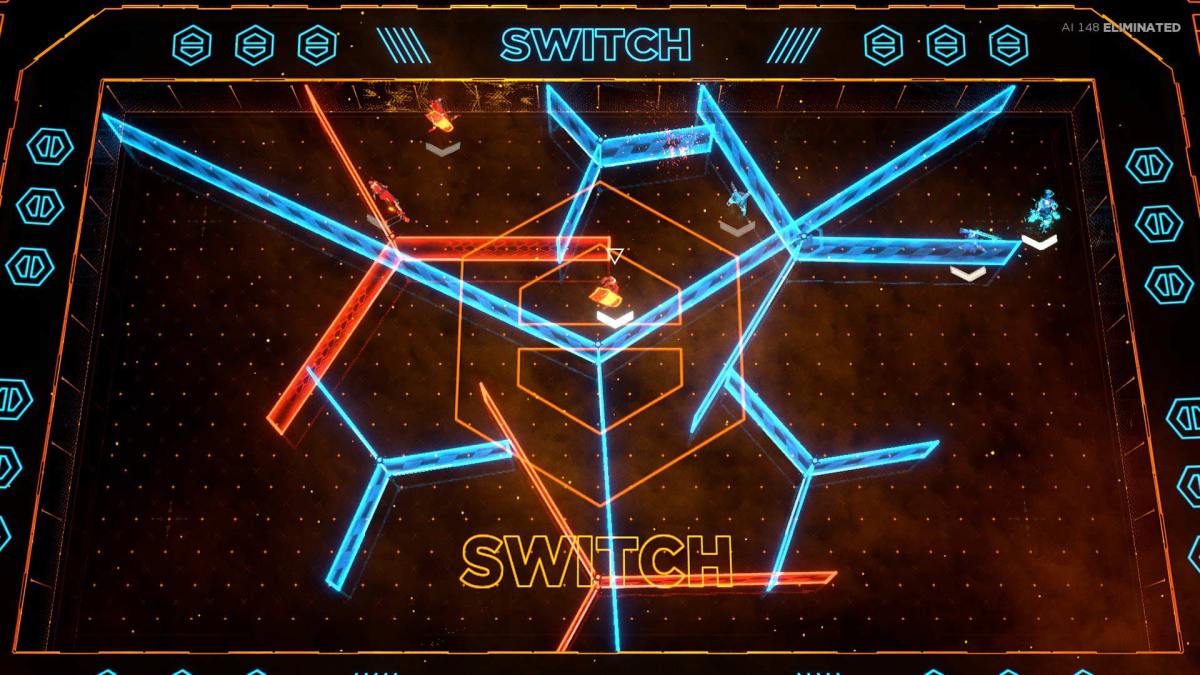 Laser League, from Roll7, was just released on PS4, Xbox One and PC, and it’s the developers first multiplayer-centric title. We played the PS4 version for this review.

Roll7 is probably most known for their OlliOlli games, some of the best games available for the Playstation Vita and perhaps the best skateboarding titles this side of Tony Hawk Pro Skater 2. Many hours were wasted playing and replaying those games, as both had a great amount of polish and depth for an indie production. When Laser League was announced I was immediately interested on account of the developer’s track record, and despite it being completely different from OlliOlli I’ve grown to enjoy the game quite a bit.

Laser League still has that distinct ‘indie’ flavor to its audiovisual presentation, but looks nothing like Roll7’s previous games. Instead, it looks like a mix of Tron, Speedball and the vector graphics of the eighties. It’s rendered in 3D, but your playing view is a top down one of a virtual arena in which battles unfold between two teams – cutting to 3D to key sequences for dramatic effect. 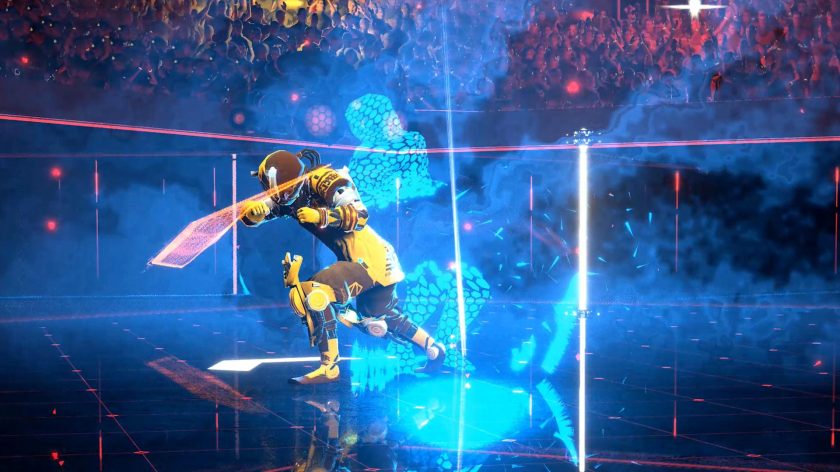 In a game of Laser League, you play in teams and attempt to out-score the opposing team by making use of nodes on the playing field – that in turn activate laser grids or turn power over those grids over to your team. Some of these laser grids/walls can rotate or move across the playing field – and as long as they’ve controlled by your team that’s perfectly fine and nothing to worry about. Touch the other team’s lasers, and you’re down until revived.

It’s a simple enough concept, but it’s a lot of fun and the game’s different classes add plenty of depth as well. There’s a melee class that lets you take out opponents up close, or you can go for a sniper if you feel comfortable aiming from afar. Things get really interesting when you look at the classes that can shift through walls or take control of nodes – perfect for an ambush or to turn the flow around, but they’re generally more vulnerable so you need to assist and shield them from enemy attacks if you’re a combat class.

These are six different classes, and they’re all pretty distinct from the start. You can further specialize by using modifiers as well, which tune the player to your own personal playing style – which can be defensive or more aggressive no matter which class you play with. Some lend themselves more than others to a certain style though, so what you want to do is augment those skills you frequently use – for instance, by making sure an ability charges up quicker. There’s usually a risk vs reward dynamic tied to these modifiers as well, which keeps it interesting and not just a straight up upgrade.

Laser League features a single player option (using AI bots), but it’s one of those games that’s really best enjoyed with others. It’s great in local coop (“help me out!”) as well as online, despite a relatively limited number of ways to play. The strength of Laser League lies in how well developed its core game is, with the different classes and their modifiers adding plenty of depth and diversity – and that’s not even talking about the ways in which teamwork play into this. How much fun you’ll have with this depends on how many people you have to regularly play with, but Laser League is a blast when you get together with a few players.