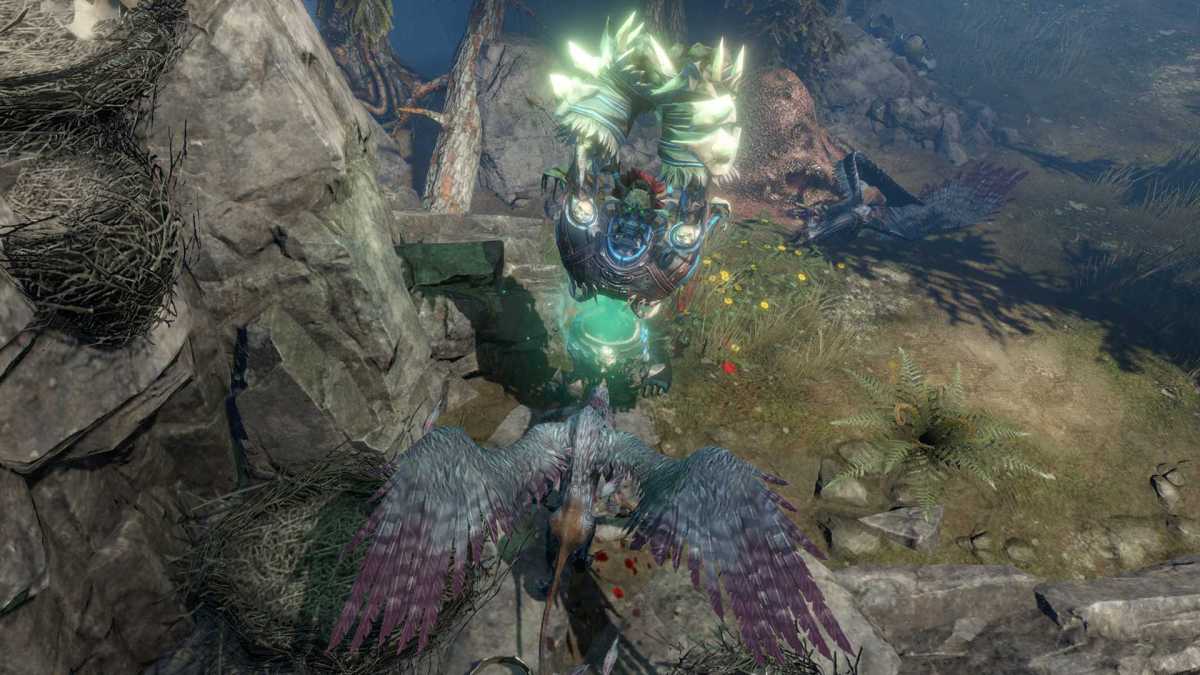 In a bit of departure from what we’re used to from them, Kalpyso has just released Shadows: Awakening, an isometric action RPG by Games Farm. Out for PC, Xbox One and PS4, here is our review.

Me and Shadows actually go back a looong time, as I first saw the game when I met with Games Farm in the summer of 2014. Back then, they were still with Bitcomposer, which unfortunately filed for bankruptcy a few months later. As a result, all we got was “Book 1” of the game, with the promised second (and final) chapters disappearing into the oblivion – at least, until they gained the rights to the game and Kalypso allowed them to finish it. An engine switch (to allow for the console versions) and a few years later, and the game is finally here – along with a new title: Awakening.

It’s actually hard to imagine how closely connected Heretic Kingdoms and Awakening are when you look at them. The new engine has provided not only additional detail to the game (making sure it fits in well with the current console generation), but you also get a slightly closer up view of the action – which works well when playing on a larger screen.

The central plot remains unchanged though – you assume the role of a Devourer, a demon able to consume souls and thus switch freely between the spirit and mortal realms. Your Devourer is tied to the spirit realm, but the heroes he absorbs act as his avatars in the mortal realm. It may sound like a bit of a gimmick, but it actually works great both in combat/gameplay and in the narrative sense. To start with the latter – Shadows features branching story paths where you can either (broadly speaking) follow the ‘path of the Devourer’ or attempt to restore the mortal world that your captured souls left behind. Add a ton of side quests into the mix, and this is an action RPG with plenty of lore content.

In combat, you’ll find that exploiting an enemy’s weakness in the shadow realm is not possible when you switch to the mortal realm. In other words, you might run into an impenetrable shield and find that switching realms is the key to taking it down – before switching back and hurting your now shieldless enemy. It’s a mechanic that mostly applies to bigger foes, but it’s a novel concept for a single player game. Similarly, switching between realms also gets you past some of the game’s puzzles, which provide fun breaks in between the questing and combat sequences.

The gameplay, as well as the visuals, are reminiscent of Diablo 3 – right down to the point where the souls you devour are class-based and thus affect the gameplay style you adopt when you enter the mortal realm. You choose between three distinct (fallen) heroes at the start, but will also acquire other additional souls during your campaign (that you switch between). And like Diablo 3, there is a ton of loot and plenty of items to sift through and equip. Managing inventory across multiple characters can become a bit of a chore though – as can grinding for experience points in two different realms at the same time.

Shadows: Awakening controls great with a gamepad as well, as you have easy access to different (special ) attacks and easy realm-switching at your disposal. I liked having mouse control in the inventory portions of the game, but the combat’s great with a gamepad. Further polish includes solid voice acting to deliver the narrative, as well as visual effects that I don’t remember being in the original PC version.

All in all, this is a fun and interesting fantasy action RPG that I’m glad was brought back to Kalypso. The inventory and grinding mechanics could use some streamlining, but a look at nearly every game in the genre shows that it’s not easy to get right. The realm switching mechanic is a fun touch that works well, as are the many puzzles.