It’s been two years since I got to play SNK’s The King of Fighter XIV, so I was delighted to learn they were coming back to the fighting game genre with SNK Heroines: Tag Team Frenzy. Out on Nintendo Switch as well, we reviewed the game on a Playstation 4.

Since I also enjoyed SNK vs Capcom many years ago, I was also glad they were revisiting the “let’s bring a bunch of existing characters together and have them duke it out” formula again. As the title suggests though, SNK Heroines does so with an all-female roster – making the roster a lot smaller than the one in King of Fighters XIV, and also very specifically targeted at an audience.

SNK Heroines Tag Team Frenzy knows its audience, and is drenched in Japanese anime style. This isn’t just true for the girls on the roster, but also applies to the rest of the visuals, as well as the music and cute sparkling effects while you fight – Injustice 2 this is not. It may also not be up to Warner’s fighter in terms of visual excellence either, but the 3D visuals in SNK Heroines are actually very good – the screenshots don’t really do them justice. 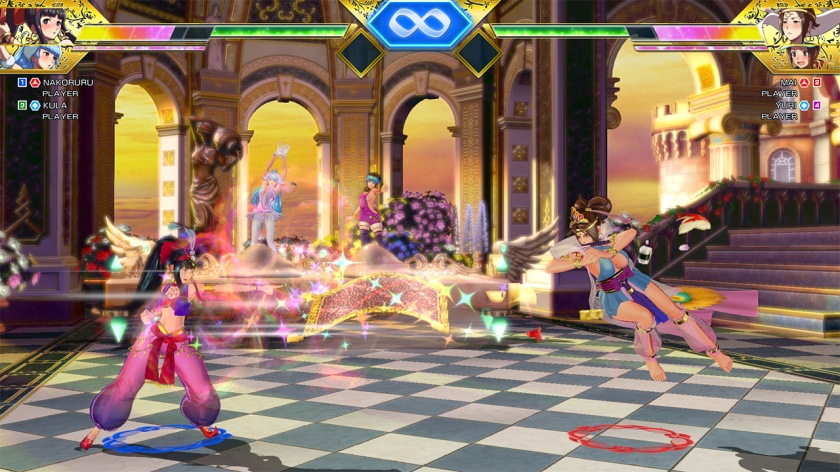 Unfortunately, the core fighting dynamics are as shallow as SNK Heroines: Tag Team Frenzy might appear on the surface. Feeling more like a button masher than a deep and balanced fighting game, SNK Heroines is disappointing if you’re an avid player of games like Street Fighter, Injustice, any of the Arc System Works titles or even The King of Fighters. Pulling off combos here just feels like it’s too easy, taking away a lot of the satisfaction that comes with executing a perfect flurry of attacks through expert timing.

The action’s fun and the tagging system works great though, and has a little more depth to it than the control system would suggest. Obviously there’s timing your tags for maximum effect, but you can also power up special attacks (for your partner) by hitting in-level spheres. Don’t expect anything like Marvel vs Capcom or Tekken Tag though – this is a far less tactical fighter than those games are. And even though the fighting’s fun, it’s just that I can’t see too much lasting appeal here once you’ve unlocked all the content available to you. 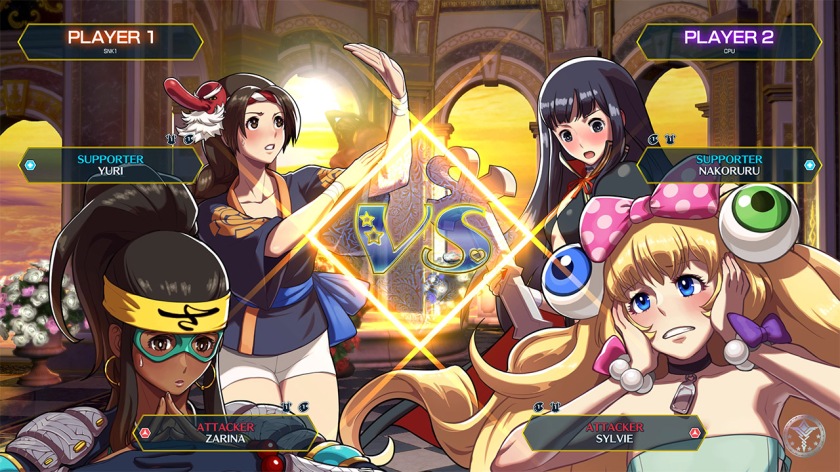 Most of the content can be unlocked through the story mode, which is disappointing in the narrative sense. It revolves around some kind of sadistic guy who forces these girls to fight, and traps the losers inside sand in order to leech off their agony. It’s weird and over the top, but not in the grand cinematic sense in which Injustice 2 delivered its story content.

SNK Heroines Tag Team Frenzy isn’t a horrible game, it’s just a tough game to recommend. I could name at least half a dozen better fighters that were released on the PS4 in the past three years, some of which also feature the tag mechanic you’re getting here. If you’re looking for a quality fighter you’re better off which any of those games, but if you have a special fondness for SNK’s female cast then Tag Team Frenzy might just be what you’ve been looking for. I personally would have much rather seen a PS4 release of SNK’s 40th Anniversary collection, coming to the Switch soon.