Steadily expanding the Sudden Strike 4 universe, Kalypso has just released another DLC package for the game. The Pacific War features yet another theater of war for the game, with new commanders, missions and battle units. We couldn’t wait to take a look – here are our thoughts.

With every DLC expansion, Kite Games has treated us to a new and relatively unknown setting in World War II history. After Dunkirk, northern Europe and Africa, The Pacific War takes the game to the Asia-based conflict with the Japanese army. You also get to assume command of the Imperial army in this expansion, which means you also get new commanders and units that go with it.

And to address an obvious change from the previous DLC packs: The Pacific War is twice the price of the first three packs that were released, but it also contains two campaigns that add up to 10 extra missions, as opposed to the six in the previous two addons – and you might remember that Dunkirk only had four. Those who are cost-conscious will point out that this DLC means that you’re paying for the base game twice if you get all the DLC packs, but for the amount of content you’re getting that’s actually fair and those willing to wait have already been able to pick up the base game at a good discount.

You could call The Pacific War refreshing for shifting the action to the far East, or for adding new commanders and over fifty new units, but I thought the biggest change was the inclusion of far more sea- and air-based scenarios. The Battles of Okinawa and Iwo Jima are highlights in these new campaign missions with their island-based tactics, and Pacific War also allows for strategic positioning with large aircraft carriers. Sea- and land-based combat aren’t strictly divided either, as amphibious vehicles can easily cross that boundary and evade or surprise enemies that way.

With these changes, I thought The Pacific War was the biggest change to the core gameplay I’ve seen in any of the DLC packs so far – proving there’s still plenty of life in Sudden Strike 4. Whether you were still playing or just interested in going back – The Pacific War is worth it. It’s a little on the expensive side in terms of DLC addon prices, so you’d be forgiven if you wanted to wait around for a better deal. If you’re an active Sudden Strike 4 player, however, you won’t feel the need to wait and won’t be disappointed. 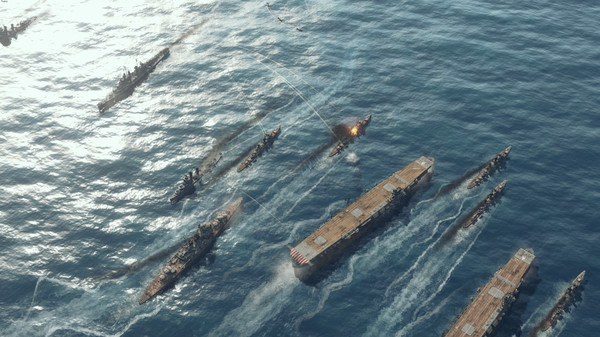