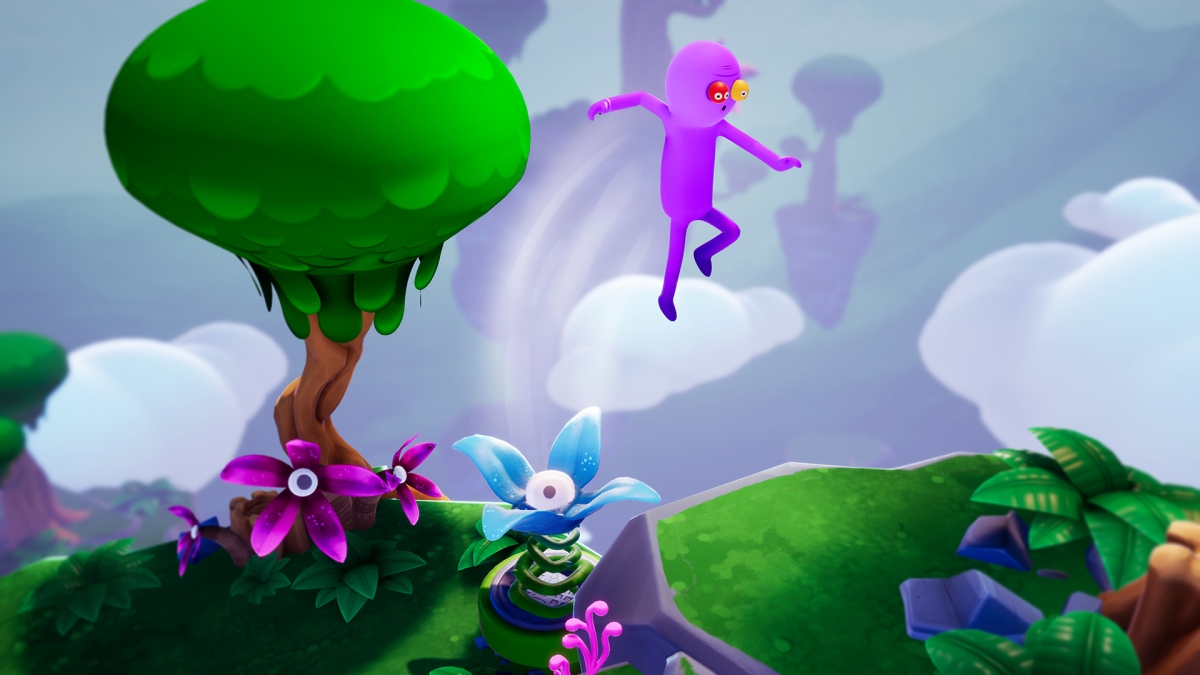 A new Playstation 4 title with optional Playstation VR support, Trover Saves the Universe is out now. Developed and published by Squanch Games, we went the VR route for this one.

VR enthusiasts might remember Squanch Games for their Rick and Morty: Virtual Rick-ality game, and Trove Saves the Universe is quite similar in tone and visual style. This is no surprise, as Rick and Morty co–creator Justin Roiland was also heavily involved in the development of Trover.

Unlike Rick and Morty, Trover is not exclusive to VR owners – but it was clearly developed with the technology in mind and the TV experience would definitely feel less interesting to play. Head movement translates to camera control in the game, and there are plenty of subtle (and not so subtle) visual nuances to enjoy that you won’t spot as easily when using a standard thumbstick control method for the camera. 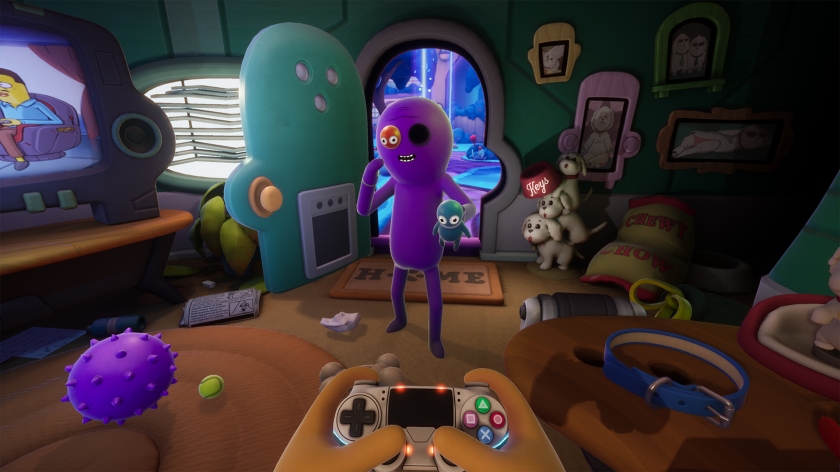 You control main protagonist Trover in what is essentially a platformer – and this is where the VR angle shows its benefits in a gameplay sense as well. Much like in games like Moss, or in a VR brawler like Bloody Zombies, peeking your head around or over obstacles can give you a great idea of what you might otherwise miss. Trover isn’t nearly as polished a platformer as Moss is, but it relies on a different dynamic to entertain gamers – humor.

Of course, as with Rick and Morty, the humor here is an acquired taste. There’s plenty of swearing and obscenity, but it’s intermixed with a lot of clever meta-dialogue that makes fun of (for instance) the game’s design itself. It’s definitely not for everyone, but a quick look at a trailer for the game should give you a decent sense of whether or not you’re in the target audience. 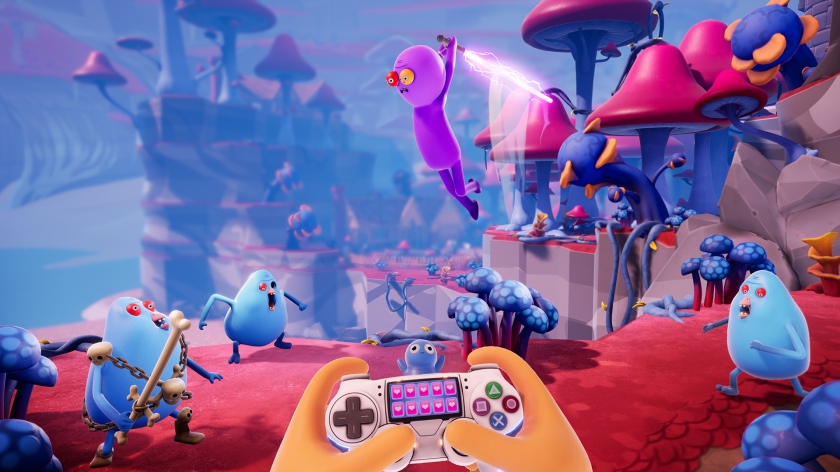 Looking past the humor, Trover Saves the Universe – as a videogame – feels like a more traditional/mature gameplay experience than Rick and Morty did. Although the humor can be all over the place, the platforming basics feel more familiar than Rick and Morty’s sometimes very random gameplay elements did. Trover also looks the part, as it often feels like you’re given a look inside an animated comedy episode with smoother curves and edges than Squanch’ previous game had.

For a VR platformer, Trover is pretty decent – though it doesn’t rise to the heights of Astrobot or Moss. The humor and attitude of Trover is what will make or break the game for the player – check a video or two, and if the tone appeals to you, you’re in for a really fun time.