Currently a Playstation VR exclusive, Mini-Mech Mayhem is the second title for the platform from UK-based developer FuturLab, previously also responsible for classics like Velocity 2X.

FuturLab’s first foray in VR gaming was Tiny Trax, which we reviewed roughly two years ago. It successfully used VR to give you a unique perspective on an otherwise physical activity – in the case of Tiny Trax, sitting in the middle of an electronic race track. Mini-Mech Mayhem sort of follows the same pattern, in that it takes a traditional table top game experience and puts a VR spin on it.

VR embracing the table top genre isn’t exactly new by the way – the recent Table of Tales is an excellent example, and I remember a table top experience during an early demo session with Oculus as well. Mini-Mech Mayhem takes the kind of bright and colorful action that only a videogame can bring to the genre though, and turns it into something unique. 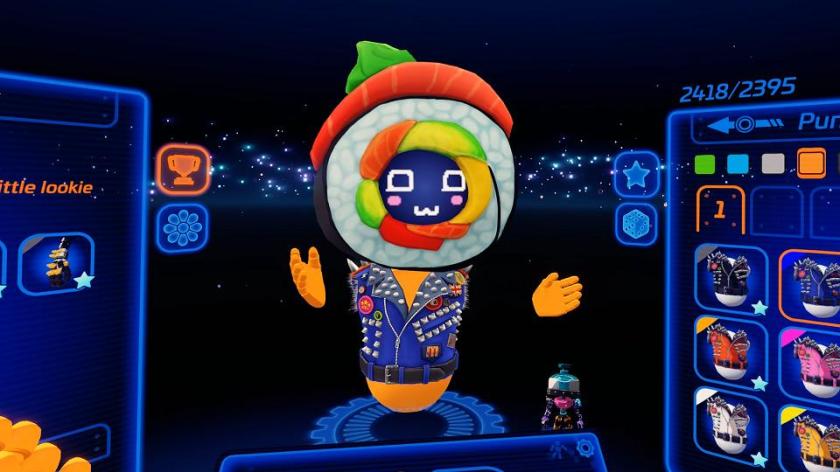 Mini-Mech Mayhem is a turn-based game, where each player has three action points to spend during a turn. There are various tutorials you can play through to gain a better understanding of the game’s rules and nuances, but this is definitely a game where your grasp of the rules gets better as you keep playing. In some cases, this is because not everything is explained in great detail – instead relying on the player to put his knowledge of the rules to great use.

At its core, the game puts you on a tile-based map to do battle with other players – which can be either human or AI-controlled opponents. You can’t spend your action points freely each turn though, since the rules dictate that you can’t spend all three on movement (or attack, for that matters) – and you also can’t cover massive distances since you’re only allowed to travel in a certain direction once per turn.

Rules like these make for strategic thinking if you want to defeat the enemy (or reach the special goal square) to win a round – grabbing three rounds marking an overall win. You can also affect the enemy’s next move through your actions, for instance by shooting them in certain body parts – knocking them into danger or turning them, shifting the direction of their next move. There’s a bunch of additional subtleties involved in this as well, including where in the next round of moves an action takes place, but it’s all explained very well once you go in-game. Things may not play out like you planned them, but that’s usually because another player included a move you didn’t anticipate – rather than feeling unfair. 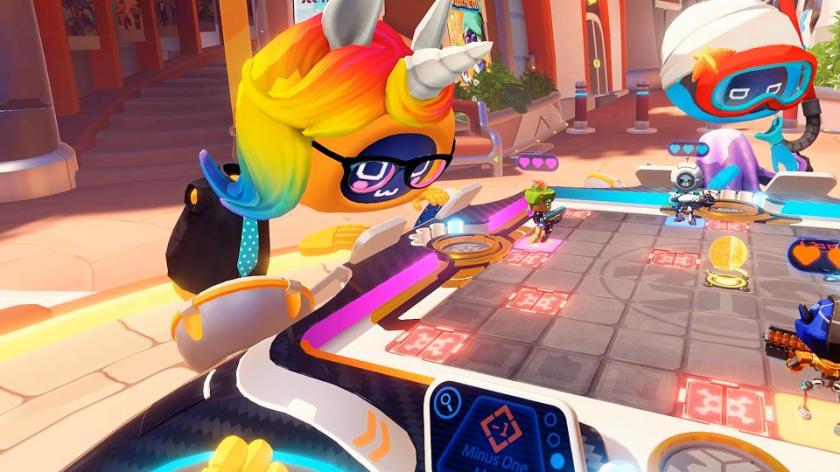 Further adding to a bit of randomness (or should I say mayhem) are the interceptor cards you can use while things are playing out on the battlefield. These can mess up another player’s plans completely – but you’re limited in how often you have access to one and other players can use them on you just as well. So despite Mini-Mech Mayhem being a game of strategy, there’s also a bit of chance involved in every round you play – perhaps more than strategy purists would like. If you thought XCOM was too much based on luck, then this isn’t for you.

Mini-Mech Mayhem is best played in a social setting with (human) players, because it’s a shame that the more puzzle-based objectives of the tutorial aren’t fleshed out into a single player campaign of sorts. Instead, you can play against bots, but the random/luck element in the game doesn’t help without the presence of social banter to make it easier to accept a case of bad luck. If you play VR in multiplayer, then this is great fun.