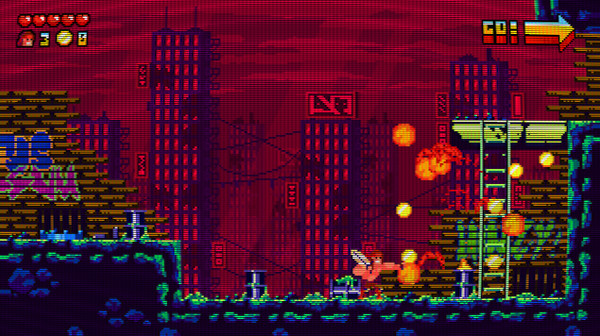 The latest Ratalaika-published multiplatform release is Cybarian – The Time Travelling Warrior, developed by Ritual Games. It’s out now for the Nintendo Switch, the PS4 and the Playstation Vita – the last two being a cross-buy and the Vita version being the one we played for this review.

Cybarian – The Time Travelling Warrior is a retro platformer with a protagonist where it feels like He-Man and the classic Psygnosis platformer Barbarian were sources of inspiration for the developer. In Cybarian, however, the hero is magically transported from his fantasy realm to the present day after grabbing hold of the Sword of Ages.

Coming from an era and world where having a strong sword was more than enough, your new futuristic/cyberpunk environment can be a little daunting. The first enemies you encounter have more reach than you with their stick weapons, but after that you’ll quickly run into bad guys wielding guns as well. 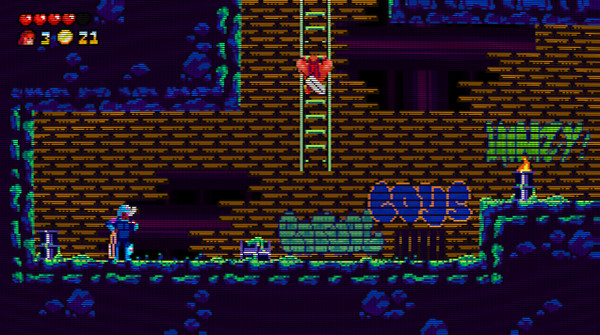 It won’t take long before you realize that facing them head-on isn’t a good strategy, and you’ll find yourself jumping over them to get a quick strike in before jumping back again to do the same. Boss battles are a little more involved, as you have to recognize their patterns and time your jumps carefully before getting a chance to strike them with your sword attacks.

The combat resembles a classic beat ’em up, but the controls aren’t responsive enough. Jumping is fine – hence the tactic described above, but the swordplay feels a bit sluggish. Perhaps this is intentional (seeing as how Cybarian does come from a different place and time), but it doesn’t add to the fun factor of the combat.

As you progress, you also gain new abilities when you complete levels. The first one’s defensive, as it lets you roll out of harm’s way. This makes the gameplay of the first and second level different, and something similar is true when you unlock the ability to throw your sword a little later – giving you access to a ranged attack. In terms of offering diversity, Cybarian mixes up styles nicely between the four levels it offers. 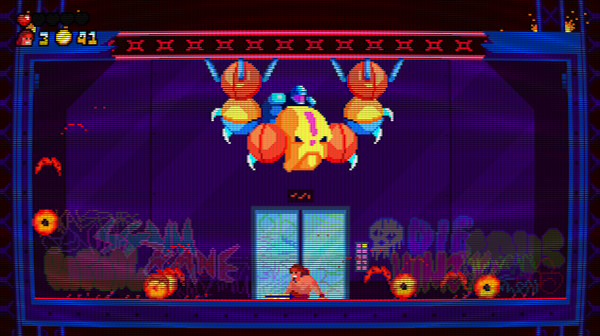 Then again, four levels don’t make for a long game – especially on the easy setting. As with many Ratalaika games, the trophies flow freely though – you’ll see them start to come in very quickly and a single playthrough should net you all but one or two of the trophies. Although there is a sometimes frustrating lack of checkpoints mid-level, this makes the game another easy platinum, the most challenging/missable trophy being to clear the first level on ‘hard’.

Cybarian – The Time Travelling Warrior is competitively priced, but unless you’re a trophy hunter you’ll find it’s a little lacking in content. It’s a nice little retro-inspired diversion, but it’s certainly not the best game in the Ratalaika catalogue if you’re looking for something to make a lasting impression.