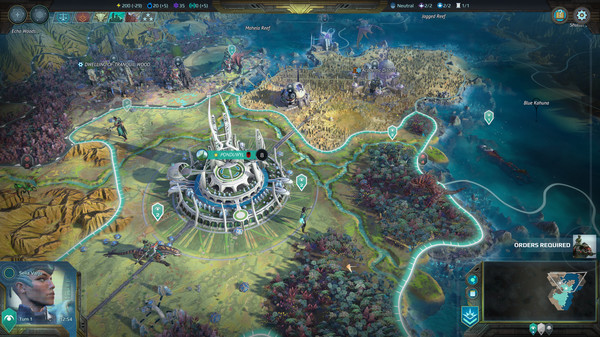 Almost twenty years after their first game, Triumph has released Age of Wonders: Planetfall. After the self-published Age of Wonders III, Paradox is handling publishing duties for the multiplatform release of Planetfall. It’s out for Playstation 4, PC and Xbox One – our review is based on the latter one.

Paradox itself has been branching out in recent years as well. Formerly known mostly for their strategy titles that were exclusive to Windows, they’ve released RPGs in recent years (including the excellent Pillars of Eternity) and have also been dabbling more in the console domain. Successful franchises like Stellaris and Cities Skylines have both received console adaptations, but Planetfall is new in that it’s the first time that Xbox and PS4 owners are getting the game at the same time as their PC cousins. A week in, I’m still wondering if that’s a good or a bad thing….

Thematically, Planetfall abandons the fantasy-rich setting of the previous games somewhat, and instills the franchise with heavy sci-fi elements. With very diverse factions to choose from (ranging from robots to a race that rides around on dinosaurs), it does still tick that imaginative fantasy box – even though the factions also comfortably fit into existing genre tropes. 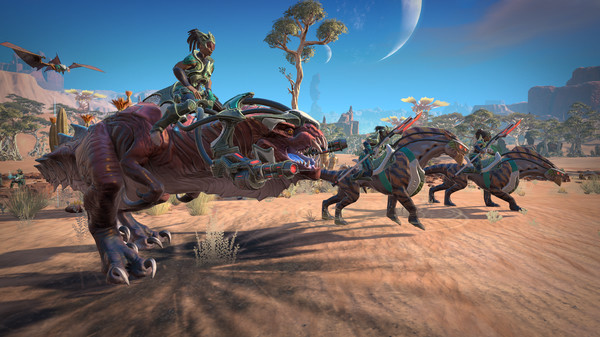 Despite the change in setting, Planetfall doesn’t abandon the turn-based combat and 4X-inspired foundations of the series. Perhaps it’s not an obvious match for consoles, but Stellaris has shown that it can successfully be done. Age of Wonders can be a tad overwhelming though, especially if you’re a console player and didn’t play anything like this before. Gameplay involves managing your people’s happiness, diplomacy with other factions, research, constructing building and applying upgrades. Oh, and plenty of combat, both in the core story and in side missions.

Part of that steep learning curve, especially for non-veterans of the genre (and many console gamers are), is the lack of handholding. There isn’t enough in the way of tutorials to make you comfortable with the many aspects you need to manage, so a lot is learned by trying something new, messing up and then trying something else the next time. Fun if you enjoy tinkering with an extensive toolbox of options (and Planetfall offers exactly that), but I could imagine people getting frustrated too.

I think some of that can be attributed to the simultaneous launch on PC and console that I mentioned earlier. With Stellaris, I had the feeling that it came to consoles after the game had spent a lot of time on PC – with several tweaks to the gameplay and UI being applied as gamers and developers learned what worked and what didn’t. These learnings then went into the console version as a new control method was developed for gamepads. With Planetfall, the many menus and submenus give me the sense I’m playing a PC game on Xbox, more so than with Stellaris. Could just be me, or the fact that Planetfall features more micromanagement. 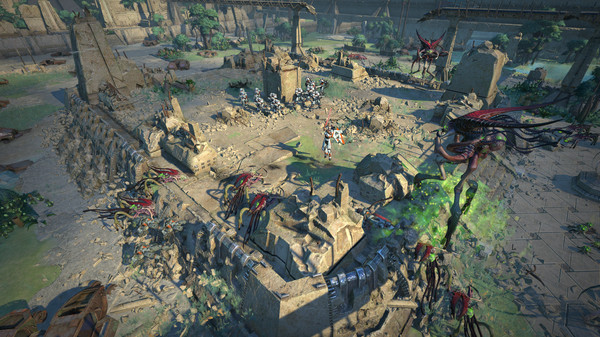 While the menus and character interactions felt a little plain, the in-game map and combat looks great. The sci-fi/fantasy hybrid makes for colorful and detailed scenes – and combat often takes place with tons of units duking it out on the battlefield all at once. Against the rather dry presentation of all those in-game menus, the action itself is a delight and helps make the turn-based combat enjoyable.

Planetfall remains slightly less accessible than Stellaris though, and the complex mechanics and controls don’t help. For 4X/turn-based strategy enthusiasts this is exactly what you’re looking for, but console gamers might be discouraged by it. If you have access to the PC version then I assume navigating the menus is more intuitive and comfortable there, but if not then you’ll have to look past them to discover what it still a very well done entry in the series – with a thematic change that pays off in terms of revitalizing the series twenty years after it started.