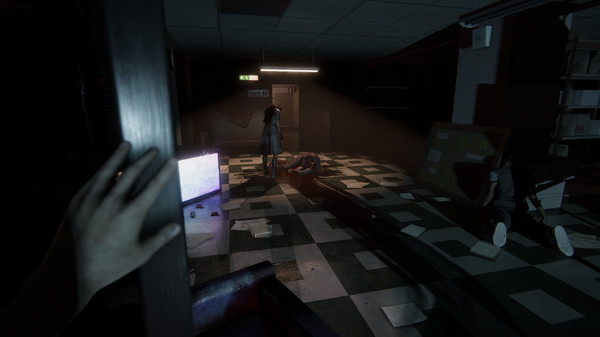 Due for release this fall on PS4, Xbox One and PC, with SteamVR and Playstation VR support also in the works, Follia – Dear Father is a psychological survival horror game from developer Real Game Machine. We’re previewing the game based on a recent meeting with the publisher.

Follia – Dear Father is a first person horror tale that takes place on a university campus, where you assume the role of Marcus Pitt. The son of two faculty members, you suddenly find the whole campus engulfed in a flame of death and dread, as if you’re walking inside a nightmare. Curious to find out what happened and, most of all, where your parents are, you traverse the campus while staying out of danger when possible. With supernatural beings stalking you, stealth is often your best option, so expect to sneak about scenes and find cover regularly.

The game is being developed by Real Game Machine and published by Destructive Creations, who recently also released Daymare: 1998. The release date’s been tentatively set for “Fall 2019”, so since that’s technically just begun we’re hoping to learn more about an exact date soon. 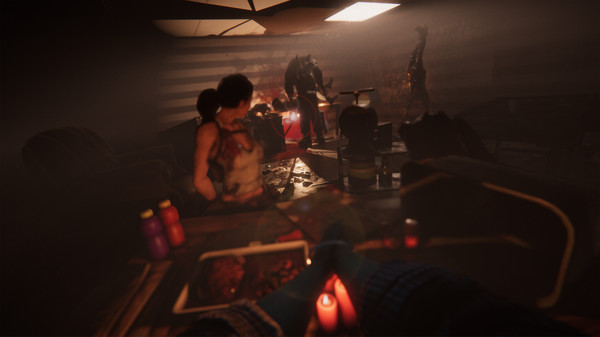 We met with the team at Destructive Creations during Gamescom for demos of Daymare: 1998 and Follia – Dear Father in a horror-themed duo of games. Our time with Follia consisted of a hands on demo with the game, running on a PC without VR. The demo itself appeared to be from the earlier stages of the game and was largely set inside a house/apartment – focusing more on mystery, dread and atmosphere than pure horror and survival.

Judging from the screenshots that have been released, Follia gets pretty gruesome eventually, so our demo felt more like a gentle introduction to the game’s style and atmosphere. It set the mood well for a sense of loneliness amidst a larger evil that looms on the horizon, as you examine the various rooms, hear the phone ring and check a mysterious voicemail message.

What also stood out was the quality of the visuals, especially if you keep VR compatibility in mind. Follia is a highly detailed game and we’re hoping they’re able to translate this to a VR environment as well. If they succeed, the potential is there for Follia to evoke memories of games like Resident Evil 7 in VR, still the benchmark when it comes to horror games in virtual reality.

The demo felt slower-paced than what the screenshots suggest – almost as if the game was a horror-themed walking simulator (or a slower paced horror game like The Inpatient). We don’t know if that’s what we should expect from the final game as well, but it wouldn’t be a bad choice considering the fact that VR is going to be optional. The ‘psychological horror’ angle of the game seems to indicate this as well, but we’ll have to wait and find out.