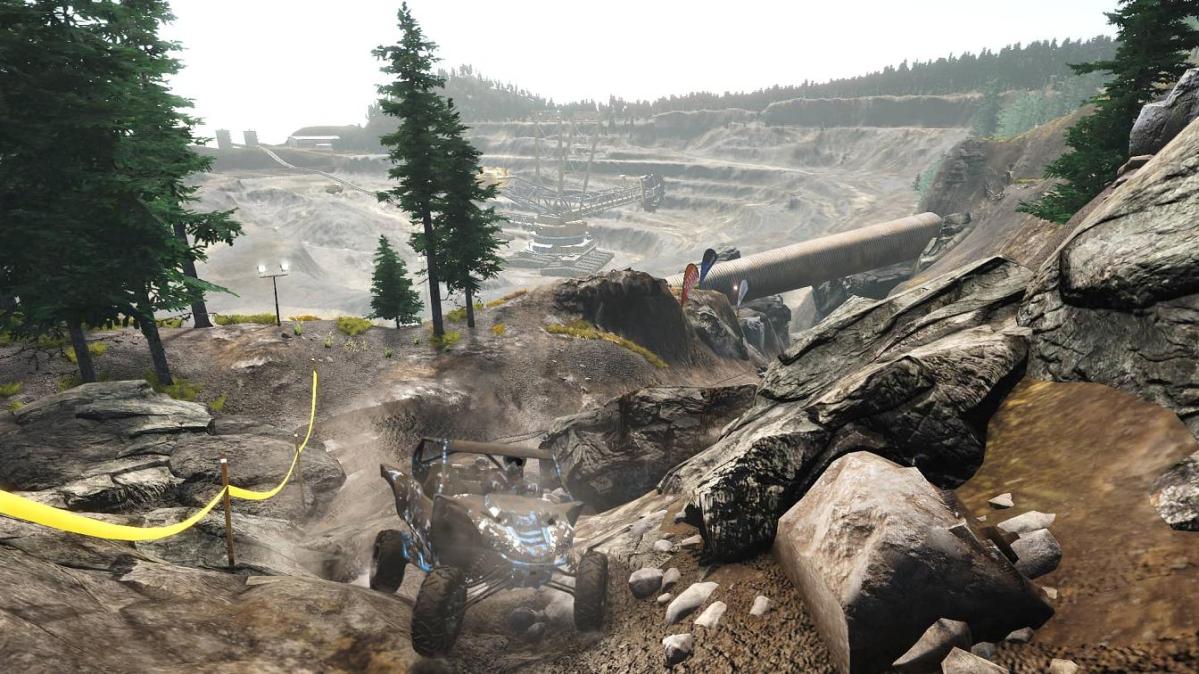 Of course our time with the review build of Overpass wasn’t the first time we went hands on with the game – regular readers might remember our preview based on a session we had with Joakim Eriksson at Gamescom. We loved the demo then, and we love large chunks of the complete game as well – though a little bit of polish would have benefited the game a lot.

It’s easy to compare Overpass to games like Trials and MudRunner, sitting somewhere in the middle between the two. It’s a great place to be in, because there’s a definite gap there. In the Trials games I usually give up on the most extreme levels because they require the kind of gamepad acrobatics I just can’t pull off, and I feel like I’m no longer in control. In Mudrunner, there’s plenty of control, but not enough of the excitement I like in games that are more Trials-like. Overpass walks a fine line between arcade and simulation, but could have been more balanced doing so. 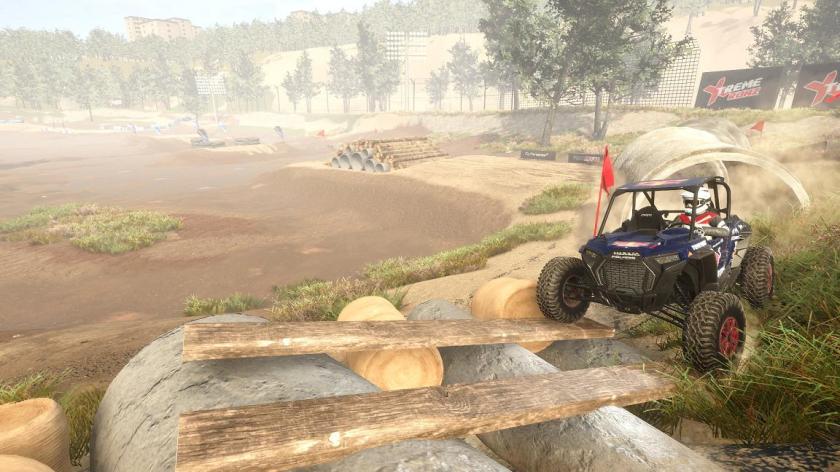 On each course, the goal is to reach the end of the track while passing over various natural and man-made obstacles. These range from muddy hillsides to steep inclines and from rubber piles to a giant see-saw, all requiring their own unique approach if you are to survive them without rolling over down a hill. Typically, your first attempt at a course is just about getting through it, after which you’ll try to improve on your time in subsequent runs. You’ll quickly learn that flooring it is never the solution, but there’s a lot of time to gain just by thinking about how you want to exit one (part of an) obstacle as you head to the next one.

Overpass can be challenging though, to the point where you think the tutorials didn’t do anything to prepare you. In most cases “slow and steady wins the race” is a solid tactic, but I couldn’t help but think that Overpass would have been a better experience if there were more and/or better tutorials, perhaps in the shape of ever-more-difficult training courses that teach you new tricks and tactics every now and then. As it is, the tutorials are fairly bare-bones, to the point of leaving you feeling ill-prepared when you hit obstacles that you initially keep failing at. It’s an exception rather than the rule when it happens, but it feels like something that could have been avoided.

There are a variety of events and the obstacle courses (one of which is also what we played during the demo) are easily my favorite ones. Most obstacles can be tackled in more than one way, many of them are challenging enough to give you a real feeling of satisfaction when you beat them, yet also give you a sense that you could be better and/or faster on them. It’s a great feeling to get into a flow and beat several obstacles in a row without any trouble, only to have your adrenaline levels rise as you hit one that you suddenly have trouble with. Because courses are generally very long, there are plenty of spots where you can easily gain or lose time on a previous run, making for lots of replay value.

Hill climbs don’t always feel like this though, as they can result in a feeling of being faced with the task of driving up a vertical wall. Here, you can literally be stuck when you hit excessive mud, or feel lost as you try and drive up a steep slope for the tenth time in a row and keep tumbling over. In these cases, better tutorials would have helped. I would have had that “I absolutely KNOW I can do this” feeling even during my failures – a feeling that’s always there during the regular obstacle courses. Now, especially with vehicles that are more light-weight (like an ATV), it can feel like there’s a lack of control as you battle the physics of it all. It feels easy to fail, but perhaps that’s what it’s like in real life as well.

Switching between events, I sometimes wondered if this is a skill-based racing game or a racing-based skill game. I suppose both are true, depending on the events you’re playing. The obstacle courses feel like you’re pushing hard to get there in the least amount of time, but with some of the tougher events you forget about the clock and just try to finish. Overpass works best when it’s a racing game in which you need skill, so I wish some of the events were better balanced this way – or wish that the game did a better job of easing players into more challenging courses.

The better you do in an event, the more you unlock. You don’t have to finish first, but if you want more than just access to the next batch of events then it pays to try and finish in the top three. Do so and you get new vehicles as well as upgrades to existing ones, which come in handy on trickier courses. I like the career mode a lot in that it wasn’t completely linear, with a win opening up several new avenues and plenty of incentives to try and do better. 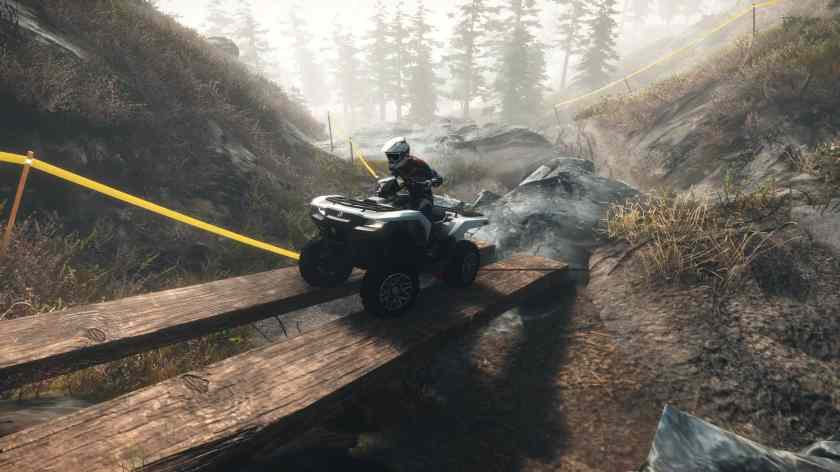 Overpass is a lovely game to look at, and even when you’re not actively playing it can get tense just watching someone try to take on the next challenge in a course. There are plenty of little visual details in the lighting and the mud and dust effects, but it felt like the game had trouble rendering it all when things got busy on screen. I was surprised, because the game is also heading to the Switch, but hope we’ll get a post-release patch that will smooth things over in this regard.

Speaking of which, if Zordix manages to finetune the tutorial/career system to create a more balanced whole then Overpass can proudly stand between the likes of Trails and MudRunner. As it stands, it’s great fun when it all clicks, but it doesn’t do so all the time.