Romance of the Three Kingdoms XIV from Koei Tecmo is the latest release in the long-running franchise, and it’s out now for PC and PS4 – we played the PlayStation version of the game.

Dating all the way back to 1985, the Romance of the Three Kingdoms series is easily one of the longest-running franchises in videogaming. It is, however, not a household name for many gamers, and I think a lot of that has to do with its core gameplay. Wikipedia calls it a series of “turn-based tactical role-playing simulation grand strategy wargames”, which translates fairly well to “niche” in my book. As a genre, a game like this is usually at home on a PC, which is where I have my previous Romance of the Three Kingdoms experience as well, but I was keen on seeing how the game translates to a console title with the release of XIV.

While the series as a whole has always walked the line between RPG and strategy, this latest entry veers more towards the tactical/strategic side of things. That is completely fine by me as it’s the side I’ve always enjoyed most, but at the same time – at least for PC owners – this also pits the game against Creative Assembly’s excellent Total War: Three Kingdoms. They’re different games with their own approaches, but they cater (at least in part) to the same audience. 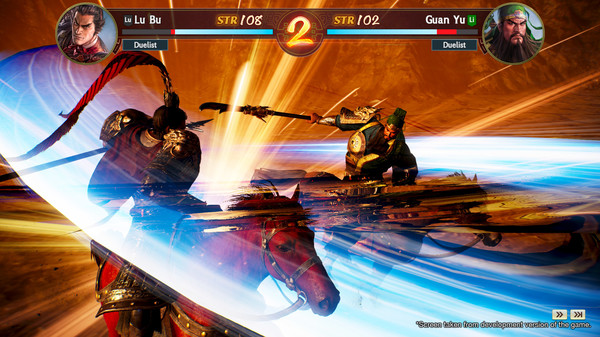 Romance of the Three Kingdoms XIV returns to a grid-based approach, which I generally feel is a solid choice for strategy games on a console – the Disgaea franchise being a great example. As with other PS4 games like Armello, XIV features hex-based grids, which as strategy fans know offer an additional layer of depth due to having more movement/attack directions. One downside about the grid-based system in the new Romance game, however, is that the system’s not just limited to combat but also applies to travel, making traversal across the huge game map slow. This isn’t a game for players who are in a rush.

The grid system also plays nicely into the conquest of new areas – which don’t automatically turn over to you completely but rather sees you appointing someone who will slowly claim and secure the area for you after you take the capital. It’s a more realistic approach than you typically get in videogames and fits with the old adage that “Rome wasn’t built in a day” – even though we’re talking a completely different part of the world here.

Leaving others in charge of parts of your empire isn’t always the best option though, since it feels like properly developing the areas you have conquered is more of a hands-on task that your AI partners don’t have too much interest in. The downside is that that means there’s quite a bit of micromanagement going on, and if you combine that with a UI-heavy experience that means you’re spending a lot of time navigating through controls and menus.

Part of that is because of a good thing though, and that’s the fact that the game offers a host of different things you can do with the areas you control – including the ability to lace them with traps for enemy forces. This works especially well if part of the territory you control is shielded by natural borders like a mountain range, forcing the enemy to come from one particular direction.

When you don’t feel like micro-managing, you can leave officers in charge who will focus on either the commercial, farming or military aspects of a region. Your job is to make sure you balance your own efforts and those of your officers in charge towards the grander objective – stretching your empire all the way to China’s borders.

For this, a fair amount of armed combat is required as well, which is where things like formations come into play but which also factor into your empire building. Face an enemy far away from your existing strongholds, and you’re putting a heavy strain on your resources. What’s more is that you also risk the enemy cutting through your supply lines, essentially leaving your troops stranded with little hope of success even when faced with a smaller enemy force (because time is now on their side). I also mentioned battle formations for a reason, and it’s that a lot of your combat abilities are determined prior to the battle starting, which itself is more tactical than strategic as a result – placing a high emphasis on positioning your units.

All in all, Romance of the Three Kingdoms XIV is a game that is quite ambitious in scope and a rare find on the PlayStation 4. Grand Ages: Medieval comes to mind as another grand strategy game that I enjoyed on the platform, and although PC users should look at Total War: Three Kingdoms instead, console owners who enjoy this type of game won’t be disappointed. It could use some general polish, but it’s an easy game to get lost in, and to spend dozens of hours with.