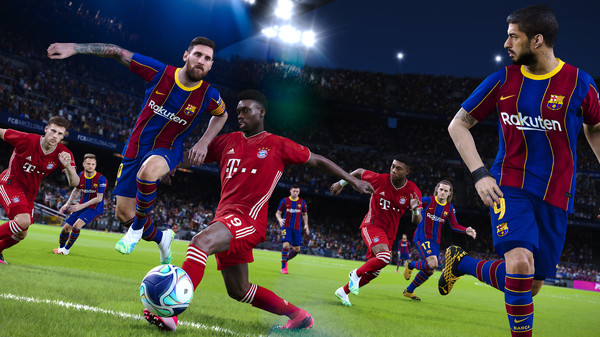 The digital football/soccer season is kicking off again! As is customary, Konami is first out of the gate with their Pro Evolution Soccer (or “eFootball PES”) series, but things are a little different this year. Out for consoles and PC, we took a look at the PS4 version.

Despite this being the 25th anniversary of the franchise, PES 2021 isn’t a proper follow-up to last year’s game. Konami’s been very transparent about this though, stating that this is essentially a roster update that’s built on the foundations on last year’s excellent game while they give themselves time to deliver something truly next gen for PES 2022 next year.

As a result of the COVID-19 pandemic many domestic leagues are starting later and the transfer window has been extended as well, so PES 2021 players will be seeing post-release updates to the roster as well. Having the correct teams in the various leagues certainly helps when playing a full season, but PES’ lack of licenses (when compared to FIFA) can still be felt. To counter this, club-centric editions for Arsenal, Bayern München, Juventus and Manchester United are available, but while these are great for the fans they’ll still notice the difference when playing against other (unlicensed team) – even if they have the correct players on the squad. 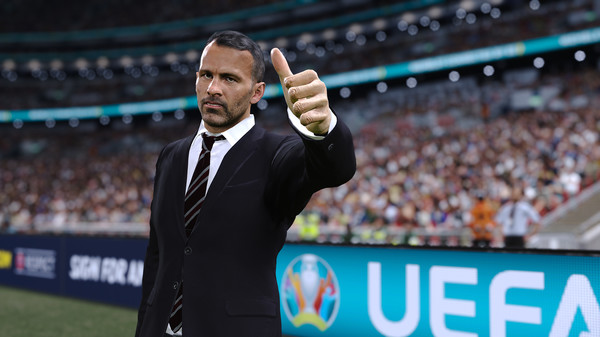 Everything we mentioned about the gameplay in our review of last year’s game still holds true for this year’s edition, with the exception that the EURO 2020 tournament (that was postponed until next year) is included this time – which is a great opportunity for those looking for a “what if?” experience.

Is it worth the asking price? Konami’s made PES 2021 available at a vastly reduced price, which certainly helps even though, unless you’re interested in EURO 2020 to the degree that a custom tournament doesn’t suffice, it’s ultimately up to how much you care about current rosters. Those who casually play a game of PES every now and then won’t have to upgrade, but fans who always stick with the game for months after its release will appreciate the budget-friendly upgrade.