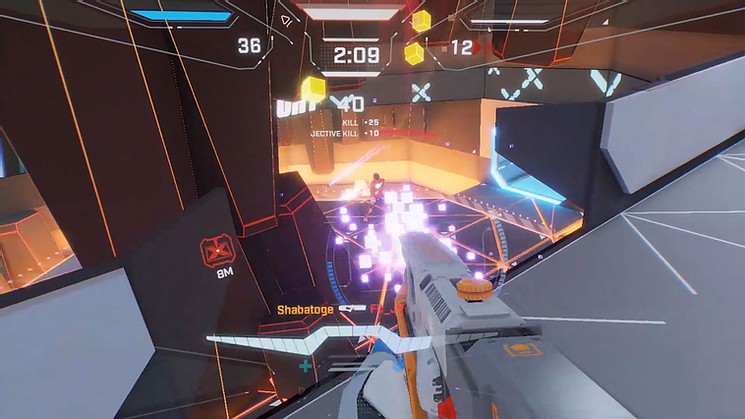 We were eagerly anticipating Solaris: Offworld Combat, the next VR shooter from First Contact Entertainment. They previously brought us Firewall: Zero Hour, so this is a studio that knows what they’re doing in VR. Does it live up to the promise? We checked it out on a Quest, and also gave the Rift version a spin. There’s a version planned for PlayStation VR as well, but that’s coming later.

Our assumption is that we’ll see that PSVR version when the Oculus editions leave their “pre-season” phase, which is more or less just another word for “early access” while the developers continue to add polish and features, including a few social ones that make use of your friend list to set up matches.

It’s no surprise that First Contact went with a shooter format again for their next game, because the Sony-backed Firewall: Zero Hour was so well received and still has an active player base – which is kind of rare for online-only titles on PSVR. The setting has changed though, and Solaris is set against a sci-fi backdrop rather than a military one. 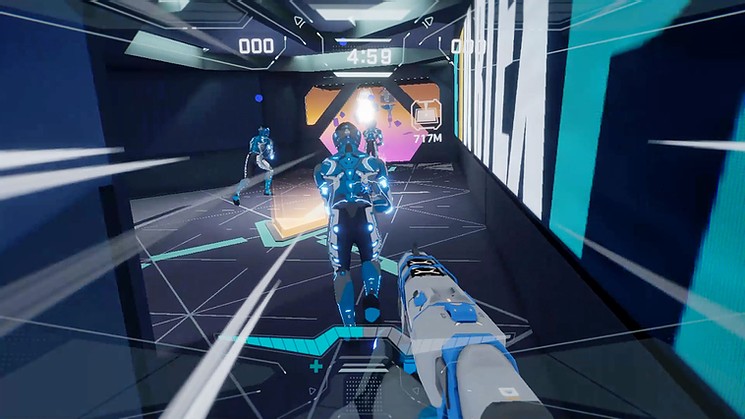 The experience feels like a stripped down version of what Firewall has to offer though, with little in the way of choosing and customizing gameplay modes. Every match follows the same format, with a 4 on 4 session that has you chasing control points around a map in order to capture them and score points for your team. It’s an easy to understand and recognizable formula, and Solaris’ “pick up and play” approach feels risky but works as long as there is a player base to support it.

Weapons are similarly easy to wrap your head around, with a limited selection of guns (from pistol to rocket launcher) and the availability of mines and a cover shield you can place inside a level – the latter providing some excellent ways to strategize and move as a team. The way the weapons handle is simplified from Firewall, as you no longer need a motion-sensitive reload method as guns and ammo are just equipped and used as you walk across them in a level.

The “PSVR template” that carried over from Firewall doesn’t always work in the game’s favor though, as the controls feel like they were designed with the gamepad (or AIM) controls of the PlayStation version in mind. The Touch controllers aren’t used well, with the left one just acting as a giant thumbstick for movement – I actually preferred Firewall’s approach in how it used the DualShock controller to simulate you clinging to a gun with both hands in the game – making you forget that a thumb is controlling your character as you go along. In Solaris, I felt like I’d rather use my left hand for reloading or equipment handling, as my right hand thumbstick would have been just fine as a movement method. 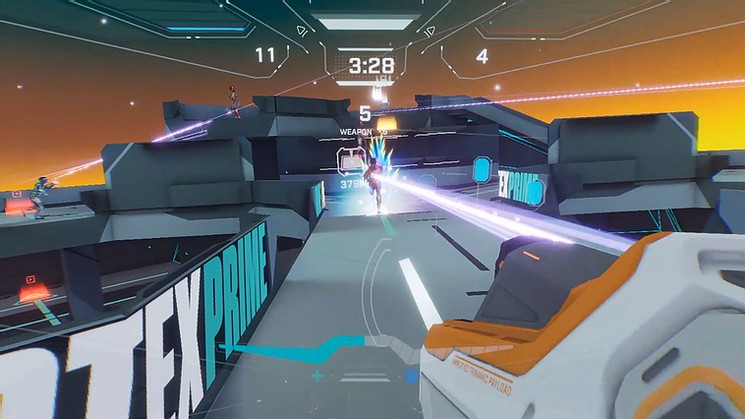 Where Solaris: Offworld Combat succeeds is in its cross-platform support and performance. Having played the game on both a Quest and a Rift, it’s good to see that the Quest version doesn’t feel like a serious compromise in terms of graphical fidelity – its visuals are crisp, colorful and look nearly identical to what you’re getting on a Rift. This should help the cross-platform nature of the game and make it easier to maintain an active player base, and perhaps we’ll see PlayStation VR owners jump in when the time’s right as well – the control methods sure seem to be paving the way for that.

Solaris: Offworld Combat is an accessible and fun sci-fi shooter with an easy to pick up format that should make this one more welcoming to novices than Firewall was, which has kind of a steep learning curve. Being able to jump in and out is a great asset for the game, though we’re curious to see what’s going to be added in this “pre-season” phase. The score below, as a result, might be bumped up or down a bit depending on how the next few weeks and months go.