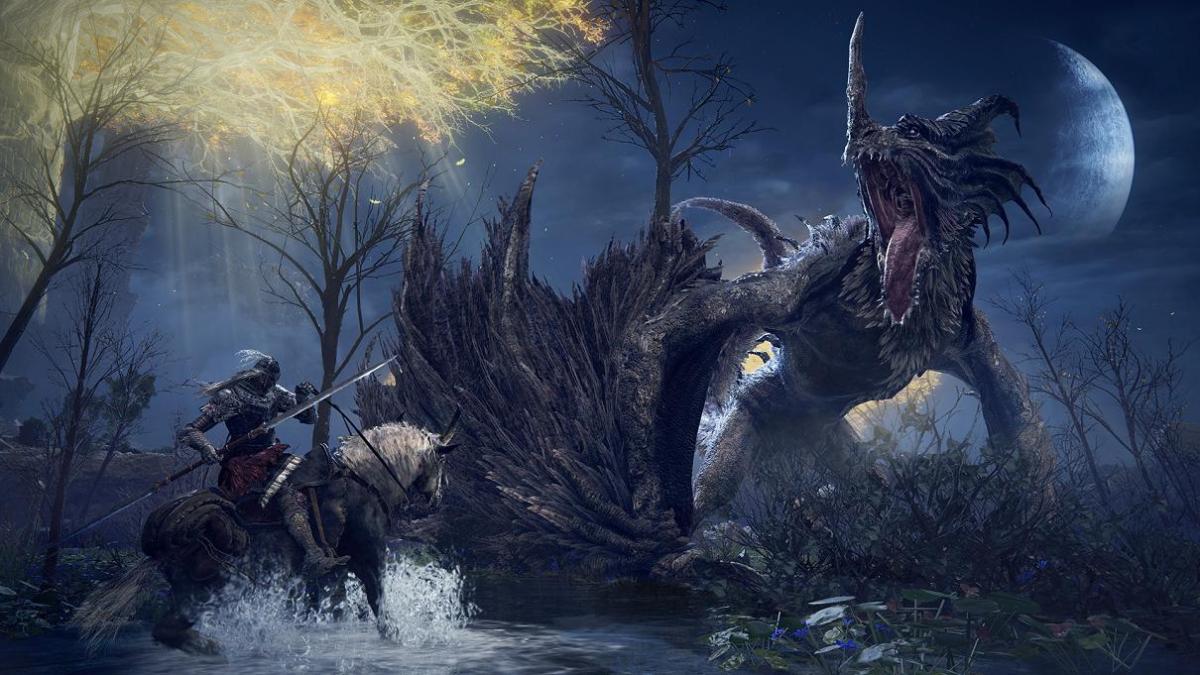 One of the most eagerly anticipated games of this moment is Elden Ring, but it’s not coming out until February 25 of next year. We took part in a recent closed Beta session though, so at least we’ve gotten our first hands-on glimpse of what to expect.

That glimpse is limited – mostly on account of Elder Ring being what it is – a Soulsborne title with more than a few similarities to the Dark Souls games from the same developer, From Software. They’re games where progress is notoriously slow (for most gamers), and where getting past the next tough opponent feels like a victory in and of itself. It’s what ultimately makes these games a satisfying experience, but it also makes a two or three hour play session feel like it’s too short to get a good idea of what the full game will be like. 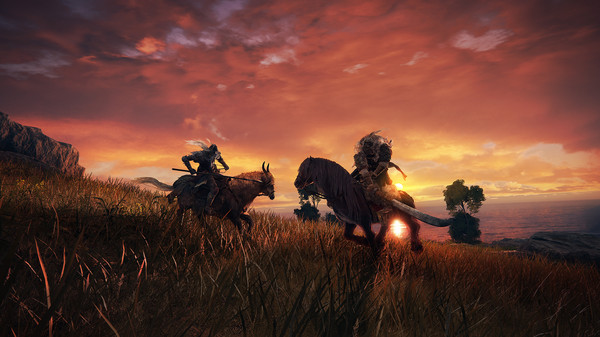 Starting out, you’ll select a Warrior, Enchanted Knight, Prophet, Champion or Bloody Wolf as your character type, after which you’ll play through a rather linear section inside a cave that serves as a tutorial. Or, depending on your background, a quick refresher course in all things Dark Souls. The controls are remarkably similar, and many of the gameplay mechanics from those games return for Elden Ring. That doesn’t just apply to combat, but also your ability to heal yourself and/or rest at campfires. You can of course also level up, but in our play session there wasn’t too much time to do that in any serious kind of way.

Some things are different though, mostly in terms of game structure. Where the Souls-games feature tightly designed game worlds to traverse, with often (semi)linear paths to explore, Elden Ring feels incredibly open once you emerge from the tutorial cave and walk out into a world with no clear direction of where to go next. We saw a large monster nearby so we figured that was a good place to start, but oh yeah…. a Soulsborne game, so we quickly met our end and had to try again. Went in a different direction, found a large flying beast this time, but were met with similar results. 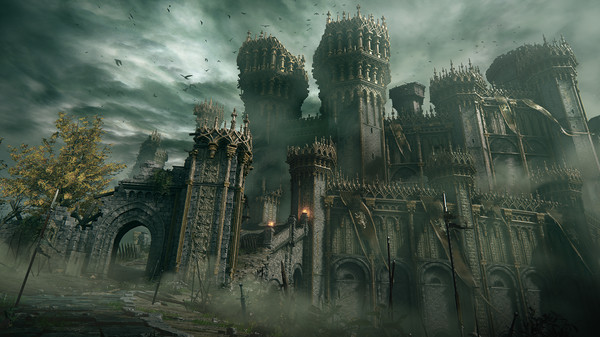 What was most surprising about this is that there was little to no narrative guidance to ease us in. While that’s just about the norm for a Dark Souls game, we expected some kind of grand narrative on account of Elden Ring’s partnership with George R.R. Martin. Based on the preview, his work feels limited to some world building elements rather than the narrative, but of course the full game can paint a different picture.

Audiovisually, Elden Ring feels closer to Dark Souls III and Bloodborne than it does to last year’s Demon’s Soul remake for the PlayStation 5. This has everything to do with the fact that Elden Ring is being developed with both current/last gen and next/gen gen consoles in mind, but the downside of that is that it has to compete with its own benchmark, set by Demon’s Soul. We’ll see how well it compared in just a few months.

We’ve always enjoyed sport compilations in videogames, dating back to Epyx’ California Games, Summer Games and Winter Games – even the more obscure World Games. We also really enjoyed SEGA’s take on the recent Olympics in Tokyo, so when we saw Instant Sports: Winter Games pop up on our radar we were eager to try that out as well. Developed by BreakFirst Games and published by PID Games and Just For Games, it’s a Nintendo Switch exclusive. 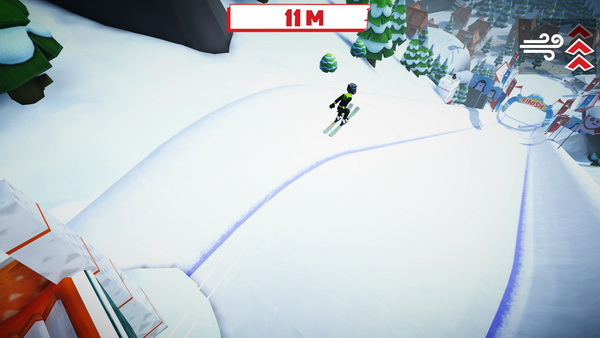 Instant Sports: Winter Sports features seven different events, the majority of which are actual sports. These include downhill skiing, bobsledding, ski jumping for some classic variations, as well as modern additions to the winter olympics like the SSX-esque slopstyle and curling. In addition to those, you also get to engage in the extreme sport of ice cross (which is a bit like running down a bobsled course), and there’s a snowball arena which does what you would expect it to do.

You can play these events as part of a multi-sport session, or just stick to a single event if you feel like getting better at it or competing on it with friends. Local multiplayer is supported for up to four players, and it’s easily the most fun way to play. The seven events that have been included all have an alternate variation as well (like a different downhill route for skiing, for example), but Winter Games is not overflowing with content – especially compared to games like Mario and Sonic at the Winter Olympics.

This is a game that harkens back to the Nintendo Wii in a number of ways, both good and bad. The visuals aren’t anything special in this day and age, but the game does embrace the use of motion controls, which is always a plus in a party game setting and works well for local multiplayer sessions. You can also imbue your athlete/character with a bit of personality thanks to wardrobe customization, which we’re sure many will enjoy as well. Instant Sports: Winter Games ticks a lot of the boxes you expect for a game of this type and it’s enjoyable in a multiplayer setting – but don’t expect it to be as good as the Mario & Sonic games were. Those haven’t debuted on the Switch yet though, so this’ll serve as a stopgap.

When it launched last year, Bright Memory was an incredible showcase for the Xbox Series S/X, though a lot of people didn’t notice it. It was too short to be considered a mainstream game release with a runtime of rarely over an hour, which made the game feel more like a tech demo than anything now. Now, that release has been reimagined and expanded into a full length production called Bright Memory Infinite, available now on PC as well as Xbox.

Part of what made Bright Memory so impressive – and this also applied to Infinite – is that it was developed by FYQD-Studio, which is essentially a one-man production company from China. With games like Song of Iron and Radio Viscera we’ve already seen two impressive games in that particular subgenre this year, but Bright Memory Infinite looks, at least in places, like a AAA first person shooter – the kind that usually has hundreds of people working on it. 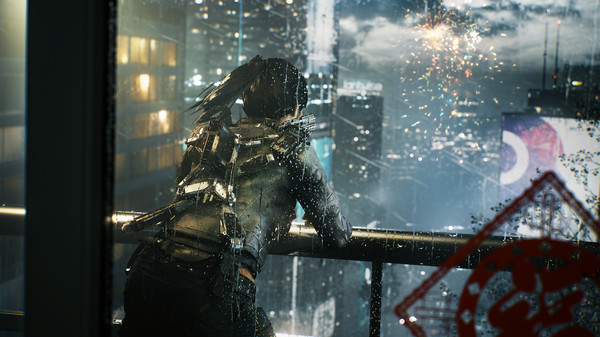 You star as Shiela Tan, who in addition to guns also wields a sword and has telekinetic powers. She sets out to investigate a black hope that recently emerged, and before long you find yourself crossing paths with an evil organization called SAI. It’s a setup that’s interesting enough, but Bright Memory Infinity’s narrative is definitely among the game’s weaker points, with some flimsy writing and (non-intentional) B-movie like dialogues.

The gameplay itself is mostly solid though, featuring the occasional “puzzle” (more like slightly tricky traversal segments) and stealth section, but mostly focusing on gunplay – which is fun and, in places, spectacular. This is largely due to the amazing visuals and effects that FYQD has implemented here, but the actual shooting is pretty good as well, with responsive controls and a nice flow to the action. It’s a single player-only affair and the length is still an issue though – you should expect to be done with this one in two, possibly three hours tops. 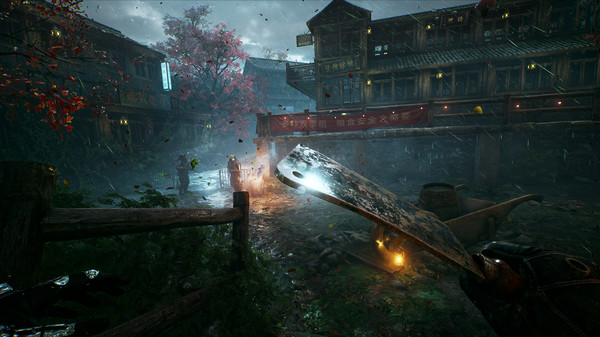 Bright Memory: Infinite did suffer from small technical issues at launch, but has been receiving updates almost daily, showing a real commitment from the developer into making sure it gets to be a polished experience. It’s also available at a budget price point, which makes that campaign length easier to forgive. If you weren’t feeling like Battlefield 2042 because it lacks a single player campaign this year, then Bright Memory: Infinite is an almost equally gorgeous alternative at a fraction of the price.

World of Warships gets a visual makeover

We rarely share developer diaries with you, but Wargaming.net recently gave World of Warships a serious overhaul – pushing it to levels where you didn’t think online games could already go. We especially love how water is depicted, but we’ll leave all the details and examples to the excellent video below, which highlights some of the biggest improvements that have been made: