We’ve seen a lot of resurrected games came our way through ININ games this past year, but Clockwork Aquario is definitely one of the most interesting ones. It’s out now for PlayStation 4 and the Nintendo Switch – we checked the PS4 version.

What makes Clockwork Aquario so interesting is that it’s an arcade game that never actually saw the light of day until now, and that it was developed by Westone – the developers who introduced us to the Wonder Boy franchise. Clockwork Aquario was a title they never finished, but almost three decades later we finally get to go hands on with the finished product.

The game was originally based on Sega’s System 18 hardware, which followed the legendary System 16 line that was home to classics like Shinobi, Golden Axe, Fantasy Zone and Altered Beast in addition to some of Westone’s Wonder Boy games. Scheduled for release in the early 90s, Clockwork Aquario feels like it channels both that classic Sega feel and the 16 bit era of colorful platformers, and will certainly appeal to fans of that era. 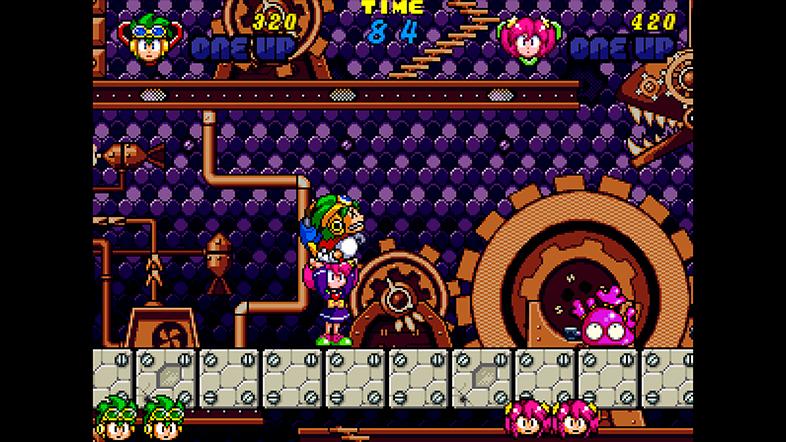 Hitting your enemies freezes them in place, after which you can pick them up and throw them – although you can also resort the classic act of jumping on their heads to take them out. Clockwork Aquario also has a few more creative moves up its sleeve though, like the ability to headbutt enemies from below or being able to throw your buddy at them when you play in the game’s co-op mode.

On the surface, this is still very much a 90s platformer though – colorful (boss) characters and levels, moving platforms and careful jumping to avoid deadly spikes. It even includes that magical number of three characters to select from – another staple of the era.

What’s fun and rather unique for an arcade game conversion is that you also get access to some of the settings below the hood, which is fun to experiment with. You also get to unlock artwork, which is not something you’d expect in an arcade game – which is also true for the multiplayer minigames you can play outside of the arcade campaign – which is quite short and not too challenging even on the hardest difficulty level.

That’s the norm for games that were designed for arcades though, so about what you’d expect. Clockwork Aquario is clearly a labor of love, and retro arcade fans shouldn’t hesitate to pick it up as it’s a unique blend of nostalgia and a game you never knew before. 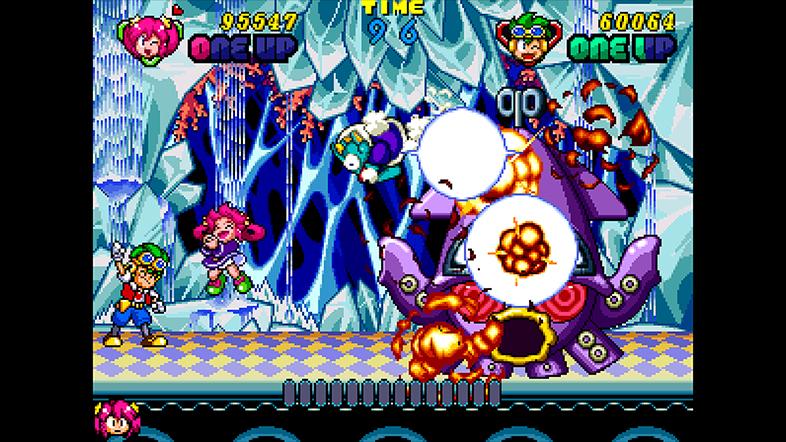