Happy’s Humble Burger Farm, published by tinyBuild and developed by the relatively unknown Scythe Dev Team, released last week on PCs and consoles – with a Nintendo Switch version coming next year. We tried it out on a PlayStation 4.

When I first saw screenshots of Happy’s Humble Burger Farm, I instantly got Five Nights At Freddy’s vibes from them, even though this one’s fast food-themed and actually wants you to prepare a few burgers as well. The titular Burger Farm is your place of employment, though the little hub town where it’s situated also has a jazz club, a few stores and a museum to explore.

I was surprised to find out that the game is actually fairly well story-driven too, so even just following the narrative you’ll be exploring different places than just your burger joint. But no matter where you go, things look a little off, and you’re trying to make sense of it. It’s kind of a dark mystery, yet at the same time you’ll still have to serve the locals their greasy food, from fries to hot dogs and from cookies to burgers. And in between all that, you’ll also have to do a little maintenance every now and then.

Time management and multitasking are important and it’s a little like Overcooked in that sense, but with a first person perspective. Things get progressively weirder though, and before long you’ll start seeing strange things, include freaky looking animals that wander in. Spending the money you make during your shift pushes the story onward by crafting things you need while at home – enabling you to unlock new doors and passageways. 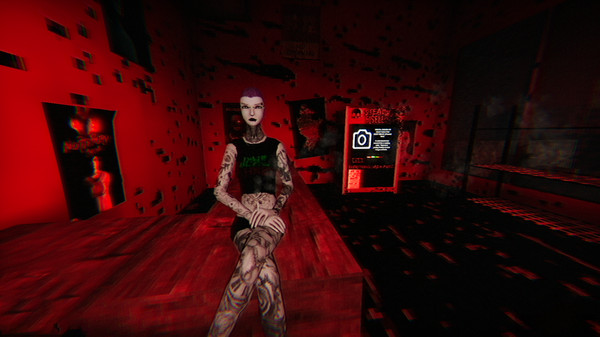 As you’ll have guessed by now, Happy’s Humble Burger Farm is big mashup of styles and genres, and even its boss fights include a need to cook up some tasty bites. It’s certainly unique, and not the FNAF clone I initially expected. Not everything comes together well though, and parts of the game are definitely clunky – and that includes those boss fights.

Perhaps it’s intentional, at least in part, because Happy’s Humble Burger Farm’s visuals don’t just have a low detail feel to them but also have intentionally misshapen elements to them. By the end of the 4 hour narrative, it all sort of makes sense too, so points there for atmosphere and story delivery.

Happy’s Humble Burger Farm is ultimately a little too clunky for its own good as you’ll have played better cooking games and better horror games before, but the uniqueness of how it eventually comes together makes it an interesting game nonetheless – its short running time helping you forgive its shortcomings and letting you enjoy the bizarre premise.