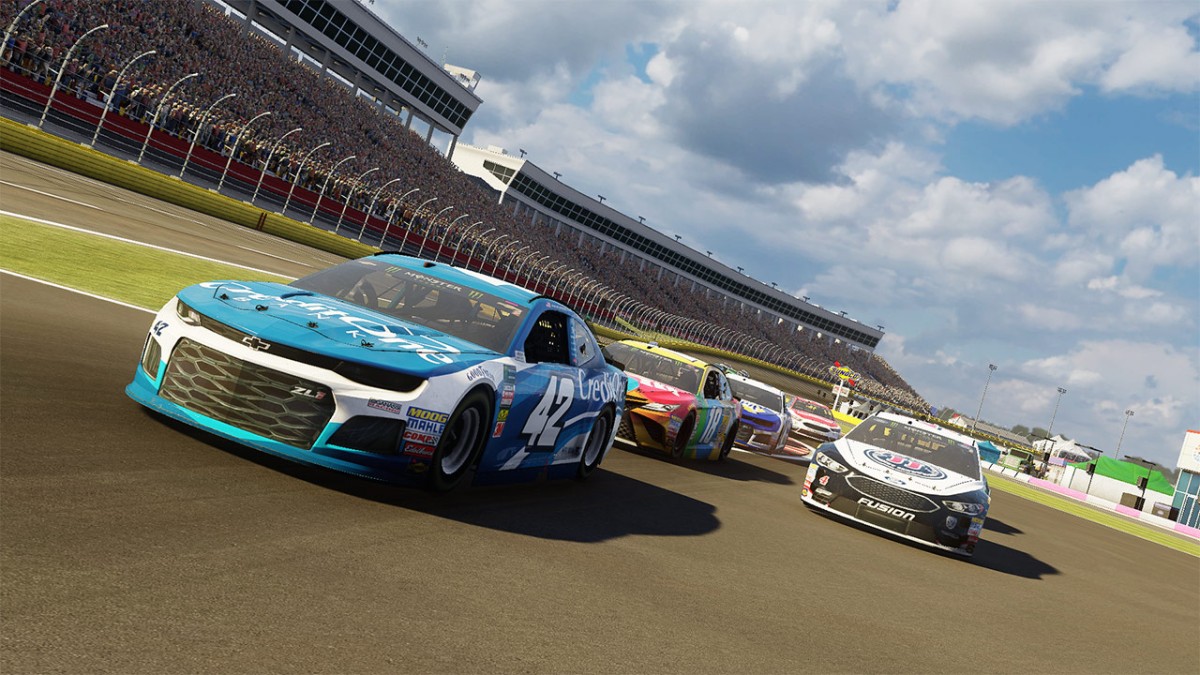 The revitalized NASCAR Heat franchise (the original game is almost twenty years old and we didn’t get a sequel until last year) got a third entry earlier this month. Developed by Monster Games and published by 704Games, it’s out for Xbox One, PS4 and PC – we took a drive on the Xbox One version.

This release of NASCAR Heat 3, so close to the release of F1 2018, makes it feel like car racing is joining the annual parade of sports sequels alongside the many soccer, basketball, football and hockey games. And obviously, because it didn’t take 17 years to come out with a sequel this time, the changes aren’t going to be as great as they were last year. But that’s par for the course in most of these sports games that are coming out, so let’s see what’s new and improved.

The two biggest changes this year are various enhancements to the career mode, and the ability to race on dirt tracks. I found the latter to be refreshing change, since they add excitement to what is generally seen as a collection of ovals and asphalt by people who don’t follow the sport. Racing on dirt obscures your vision, and makes overtaking feel more risky and thrilling as a result. This has everything to do with the fact that overtaking, especially on oval tracks, is often a case of aerodynamics and getting into the slipstream behind the right car(s) – which is a lot harder to do when clouds of dirt hide some of the moves that other racers make. 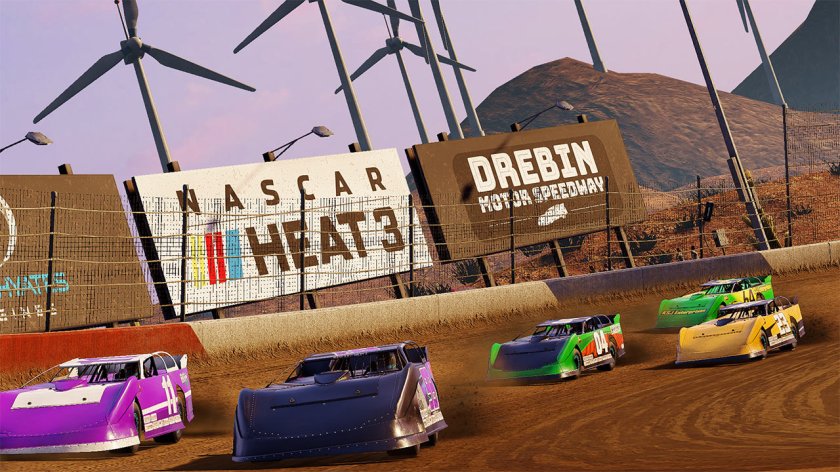 Dirt racing also kicks off the enhanced career mode, allowing you to work yourself up from the world of (local) dirt racing all the way to the big leagues. You can sign up with a big team, or choose to start (and manage) your own. Team management in NASCAR Heat 3 isn’t as deep and involved as F1 2018’s (you’re not managing your media image and crew/research management isn’t as deep either), but there is definitely more weight to the choices you make this time around.

Very often, your choices in career mode come down to a balancing game. Do you choose to tweak a car to maximize its chances to win you a race, or do you race it two weeks in a row and risk running into relatively stronger opponents? In a way, managing your crew and garage felt a bit like managing a stable of race horses – balancing the need to rest your star horses at times with the desire to win. There are rules and regulations to consider as well though, as you might get a penalty for racing a car type that wasn’t meant for the event you’re entering.

Visually, NASCAR Heat 3 isn’t remarkable – I know NASCAR racing doesn’t lend itself to Need for Speed-type visuals, but it still feels lacking in detail and polish when compared to other recent titles (including F1 and Wreckfest). This is especially true when racing at night, where it’s harder to see what’s going on outside of the track. The damage model for cars also isn’t particularly impressive, but I suppose Wreckfest spoiled us in that regard.

Online, there are new tournament-like options that reminded me a little of some of the best aspects of Ubisoft’s The Crew, keeping events going for a week at a time and pitting winners against each other – thus adding longevity to a game like NASCAR Heat.

I can’t honestly say that NASCAR Heat 3’s improvements put it in the same league as games like F1 2018 (in the casual sim department) or Wreckfest (in the high speed dirt/carnage department), but it’s a solid new entry in the franchise that has the basics right and can build on them from here on out.