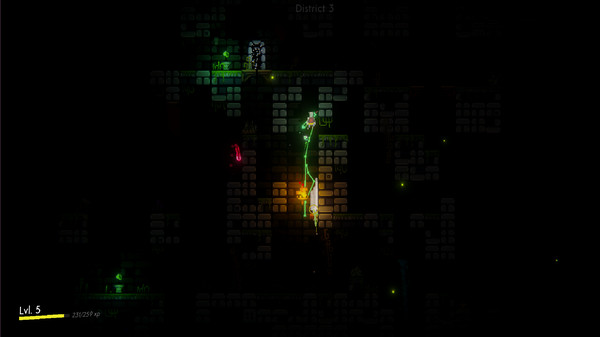 Originally developed by David Moralejo Sánchez and published by GrabTheGames for the PC on Steam, Himno is now available for Nintendo Switch, Xbox One, PS4 and the Playstation Vita thanks to Ratalaika. We went hands on with the Vita version for this review, which also comes with the PS4 edition thanks to a cross-buy being available.

Himno is described as a non-violent platformer, and even though the load screen displays a giant sword in your possession this is definitely true. The game also comes without much of a plot or objective, with randomly (procedurally) generated levels thrown at you every time you start a new run. You have the ability to dash and teleport, but you’ll mostly just (wall)jump, grab ledges and traverse the levels using traditional platforming controls. 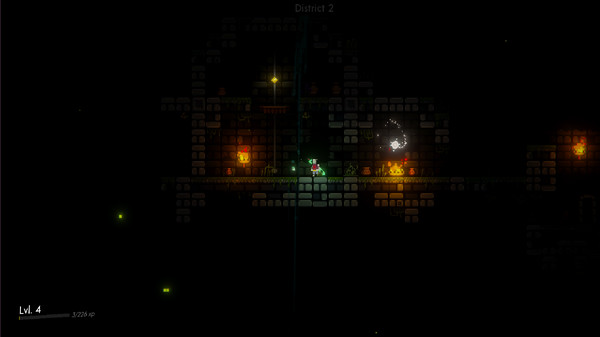 It’s a dark game though – and I mean that in the literal sense. You can barely see anything when the game starts, and adjusting the brightness levels doesn’t help much either. Things fare a little better on the PS4 (and a TV screen), and it helps to play with the Vita in darker surroundings as well. The experience was a little frustrating at first though, because a mistimed jump (or just stepping off a ledge you didn’t see) can cause you to fall into the water below, ending your run.

Luckily, if you carefully navigate towards each level’s pickups, which includes gems, beads and colorful wisps, things slowly start to come alive with light and color and it becomes easier to see where you’re going. This allows you to explore a section further and find the exit, and thus progress – though there is no end to the game to strive for. The same goes for leveling up through the experience you gather – this increases your player level, which in turn only seems to provide access to more of the wisps you find in the levels.

Designed to be played more in quick runs than extended sessions, Himno is a platformer where beyond the initial frustration with the darkness there are smooth platforming mechanics that make is easy to explore a few levels during each run and see how far you get. The controls work very well and you can mix things up a bit by experimenting with dashing and teleporting when you feel ready for that as well – the game never seems to force these on you so it’s mostly down to your desire to be a little more daring in your moves.

As a mellow platformer without enemies, Himno is a nice diversion. The console versions come with the downside that they’re not free like the Steam version is, but there’s still a budget-friendly price tag attached to the game, which is especially nice as a platformer ‘on the go’ if you have a Vita (or Switch).