When we met with Assemble Entertainment back in August, we didn’t just see the promising Encodya – we also met with Solar Powered Games about Highrisers, their upcoming ‘urban survival RPG’. Here’s an early look.

Due for release later this year, Highrisers finds you stuck atop a series of highrise structures. The reason you’re there is rather ominous – a virus outbreak has caused a large part of the population to turn into zombies, called ‘dreamers’ in the game. They haunt the streets (where shadows protect them) and they make the lower levels inaccessible during the day, but will try to venture up during the night as well.

The rooftop is therefore your only safe haven, but at night you risk the chance of a group of dreamers heading upstairs, where they might overrun you and your group of survivors. There are four of you, and you need to work together in order to survive and maybe escape. This means setting up blockades, defenses and traps for the dreamers that come during the night, but this also is only a stopgap solution – eventually they’ll grow so numerous that they’ll reach you, so you need to think about escaping as well. 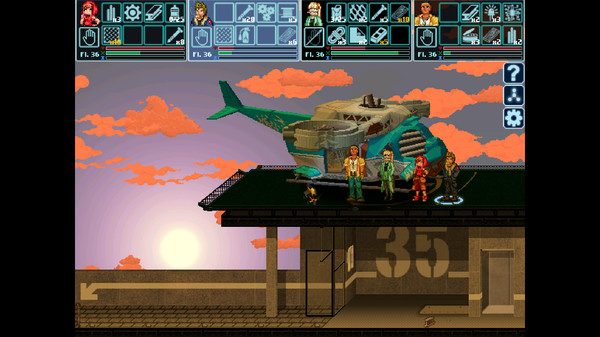 To this end, there’s a helicopter on the roof, but it’s broken. Resources to repair it are scarce, and might also be needed for your defense against the dreamers. When you get it airborne, you’re not home free either – the helicopter will only be able to take you a small distance before it needs to be repaired again….

At Gamescom, we met with Nico & Markus Grupp from Solar Powered Games – a father-son team, which is relatively unique in videogames. Nico is the game designer for Highrisers, with his father Markus providing insights based on his experience as an architect and (structural) engineer.

After a short introduction to the game, we were shown various scenes of gameplay, explaining some of the core gameplay mechanics and decisions that players will have to make in Highrisers.

The core concept of the game, with the constant tradeoffs between survival, escaping and long term goals versus short term gains, is a great fit for the zombie apocalypse theme of the game. Big rewards might await on the lower levels of the building, but venture there and you might risk running into a dreamer. Stay upstairs though, and you might run out of resources before you’re able to take off….

Similar dilemmas occur when it’s time to leave – storage space is limited, so what do you take with you on your way to the next rooftop? And which repairs do you invest in, to make sure you eventually get out of the city?

It’s a great gameplay loop, and Highrisers has procedurally generated levels so there should be a decent amount of replayability as well. We’re hoping there’s enough of a narrative hook to keep you going with the sense that you’re getting close to an actual escape as well, but we’ll have to wait and see how the full game turns out for that… not too much longer though, since it’s scheduled for 2019.