It’s high time we looked at another trio of new indie releases, with Zero Strain from Eastasiasoft, RogueCube from Ratalaika Games and Norman’s Great Illusion, a port by Sometimes You.

Originally released on Steam back in June of 2019, Kaio Meris’ Zero Strain was recently picked up by Eastasiasoft and is now available for Xbox One, Nintendo Switch and PlayStation 4 as well. We tested the game on the latter of the three, and the game feels like a natural fit for consoles with its fast-paced and almost arcade-like gameplay.

The game initially looks like it’s going to be a twin stick shooter, with its arena-based combat, but instead plays out like a hybrid of classic arcade shooters and arena-based MOBA gameplay. The narrative and tutorials feel a little of the “wait, what am I doing and for what reason?” variety, but the basic controls are explained well and from there you mostly learn by doing.

Rather than twin stick shooting, there’s a normal attack that’s mapped to the face buttons, but each one of your ships also has three superweapons that charge up while you deal damage to the enemies around you. They’re activated by holding down L2 and pressing the corresponding face button, and they’re satisfying to use thanks to the neon-infused (almost Tron-like) visual style the game uses. 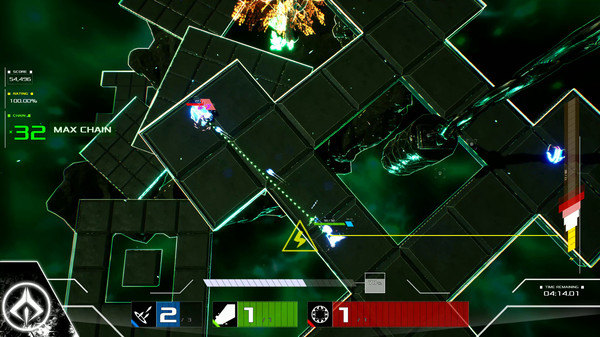 You might want to hold on to some of your special attacks though, because larger enemies and bosses take a lot more firepower and sometimes even strategies to take down. In many cases, you’ll also need to use a dash ability to escape a hail of bullets, and combining the art of evasion with powerful attacks relies on a bit of a learning curve.

What keeps the game fresh is that you regularly change ships as well, which means you get new special attacks and will have to learn new battle strategies to use on top of your basic attacks. With a wave-based level structure and a well-balanced difficulty level, the urge to keep pushing on is definitely there – although the trophies for the game unlock far too soon from that perspective. I would have expected Zero Strain to be priced a bit lower than it is (at just under $10/€10), but it’s a fun little shooter with a twist.

RogueCube is Ratalaika’s return to action games, after a few visual novel releases. It’s a budget release (priced at just under $5/€5) and plays like a fairly basic twin stick shooter. That’s assuming you’re playing solo though, as the game also features support for both cooperative and competitive local multiplayer modes.

The game itself popped up on Steam Greenlight quite a while back (when that was still a thing) and then kind of vanished, so it’s nice to see Ratalaika pick it up and share it with Xbox One, Switch and PS4 users now. Its main mode is the single player campaign, but you can have others join in to make things easier. You control a little cube, and have a variety of weapons to pick up – from melee weapons like frying pans and brooms to machine guns, plasma rifles or even grenade launchers. With close to 40 weapons, you have quite the selection here.

While playing you can pick up additional ammo and health, and there are 9 different cubes to choose from – the majority of them being unlockable. After a series of levels, you’ll have to square off against one of the game’s four bosses, which are challenging because ammo and health are limited here and they deal a lot of damage. 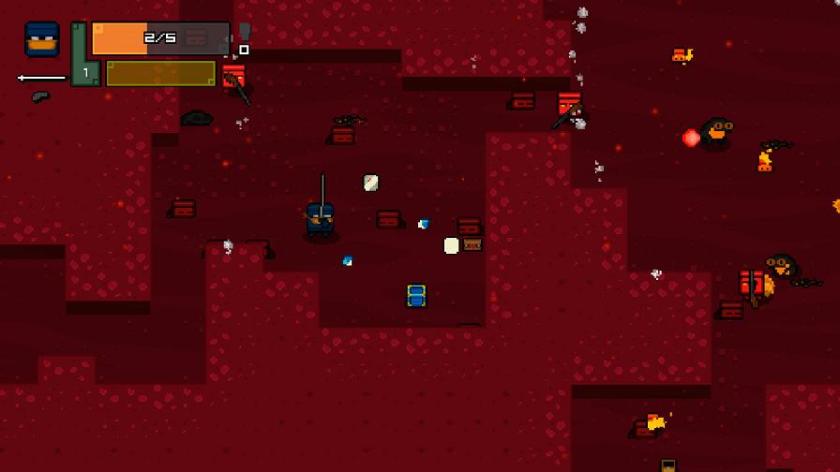 Nevertheless, more gamers will unlock the game’s platinum trophy before too long, and from that perspective it’s nice to see some multiplayer modes to help add some lasting appeal – something that is usually missing from a lot of Rataika’s smaller titles. RogueCube won’t blow anyone away with groundbreaking gameplay though, but the accessible trophy list and the easy-to-pick-up gameplay will no doubt make this a nice diversion for players.

Originally released on Steam by developer Civil Savages last year, Norman’s Great Illusion is a small game that most closely resembles a visual novel – but one that uses pixel art graphics rather than the anime-inspired visuals we see in so many other visual novels.

Norman’s Great Illusion also deals with very different themes than other visual novels do, with more philosophical questions at its heart. You follow a regular worker, who is confronted by his country/society moving in a direction that he doesn’t feel at peace with. This leads to moral decisions, sometimes with far-reaching consequences.

While much of the game unfolds through simple narrative choices, a few mini-games also pop up here and there – though they’re not fun to play and perhaps are intentionally so to reflect the drudgery of everyday life among these bigger themes. In chasing the various endings for the game, however, you’ll have to keep replaying them while making different moral choices in the branching narrative.

Feeling a bit more like an experiment in gameplay design than a full fledged adventure, Norman’s Great Illusion is a small game best geared towards those with affiinity towards its subject matter who are interested in uncovering the various narrative branches. 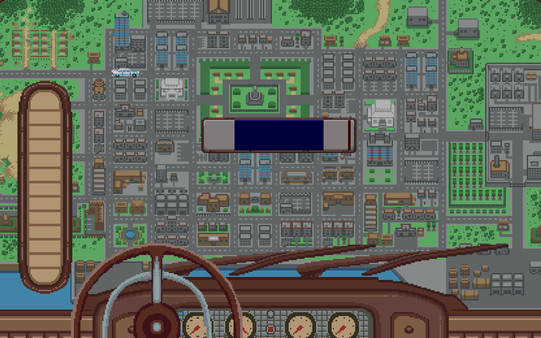