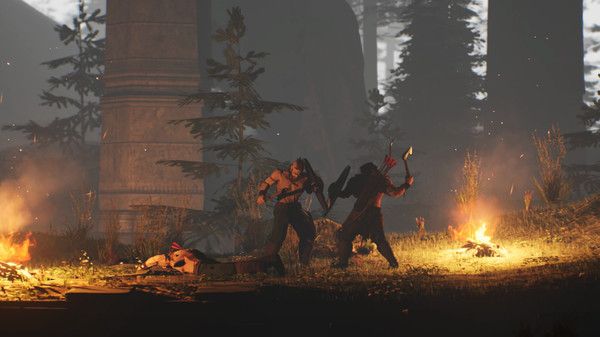 At a recent Xbox event, the one title that stood out to us more than anything else was Song of Iron – an absolutely stunning 2.5D action adventure. Even more remarkable was that it turned out it was being created by a solo developer, Joe Winter. We reached out to Joe to find out more – find out what he had to say below, and check out the gorgeous new trailer at the bottom.

What was the start of Song of Iron’s development process for you?

I come from the art side of the games industry and have been an animator for almost 15 years. I started at a small studio that made Big Buck Hunter and worked at Cryptic on a few games like Neverwinter Online. I then went to 343i and worked on Halo 5 and Halo Infinite! At the end of the year, I left 343i to go full time on Song of Iron. Part of why I started Song of Iron originally was to learn new things, and I sure have done that over the course of development! Animation is the skill I am most comfortable with and I have done a little bit of character modeling here and there. Other than that, most everything else I learned as I went along. While it made it quite a challenge, that’s exactly what I was looking for and why I started Song of Iron.

How long has the game been in development now?

I think I posted the first video at the end of July 2019 and probably had worked for a few weeks before that. Crazy to think it’s almost been 2 years. I can definitely see the light at the end of the tunnel now, as I move more into polishing mode. Game development never moves in a straight line, but most things are now built and implemented into the game so it’s mostly about polishing and performance now. 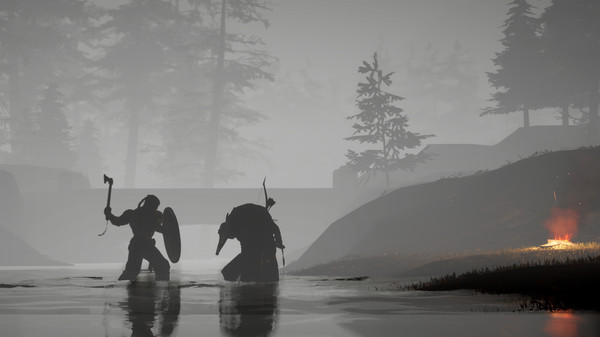 How did the general/narrative themes of the game come about?

I’ve had the main storyline in my head since the very beginning. The core of it comes from a super fun D&D game I played in. A good friend really ran with my character’s backstory and when that story resonated it became the foundation of Song of Iron. It was a homebrew game of my character mixed with my friends’ world that really made for something interesting. Without giving much away, my character and his storyline had a fairly clear trajectory, but we really messed with the expectations of that. So we ended up with something that felt surprisingly unique. When starting the game, this story just slotted right in! In a way D&D is the original video game, we just didn’t have computers to play it on. Little bits of it are in everything so it’s fun to take some inspiration right from the source in a way.

Have you had any outside help on anything in terms of design, coding, or audiovisual elements of the game?

I did reach out for sound design and music help. I really wanted an original soundtrack for the game and Will Goss, the composer, has been doing an amazing job! Beyond audio, it’s only been me. As for technololy, I am using the Unreal 4 engine for the game. Without it, I can’t imagine ever having a chance at making something like this.

Song of Iron features a ton of visual detail and animations, even in the fore- and background. How did that design decision come about and what did that mean for the development process?

In some ways, it was one of the happy accidents of development. I had never worked on a side scroller before and so I was prototyping the levels in a more 3D style. As I was doing this, I was surprised by how much I liked the result once jumping into the 2D gameplay. It gave the world so much depth and so I stuck with it. From there it only felt natural to put important things in both the foreground and background, like enemies looking for you or story elements. This is already how I thought about the game because of my background so it fits right in with my process.

What have been some of the inspirations for the game, and what are some of the gameplay mechanics people can expect?

So many things have inspired Song of Iron. Some of the games I point to as having the most direct influence are INSIDE and Journey. I also love to look back at games like Mega Man X, Ocarina of Time, and Shadow of the Colossus. That list seems pretty random, but there are amazing elements in all of those games that have contributed to Song of Iron. I think one of my more unique mechanics is how I am handling weapons. While there are a few different types, none of them are too special. I do this so that players will feel free to use them and move on to the next. Shields break quickly, you can throw your melee weapon for a bit more range, and just grab another. All the special stuff comes from the gear you find along the way. With the right gear, any weapon can become a flaming version of itself. This way you never have to worry about using up your “fire axe.” I really want players to just let loose!

Are you considering bringing the game to additional platforms as well?

I had really only ever thought to bring the game to PC in its early stages. I am very lucky to have been approached by ID@Xbox about the game. It’s because of that partnership that the game is coming to Xbox also, which it is exclusive to on consoles.

One thought on “Developer interview: Song of Iron”