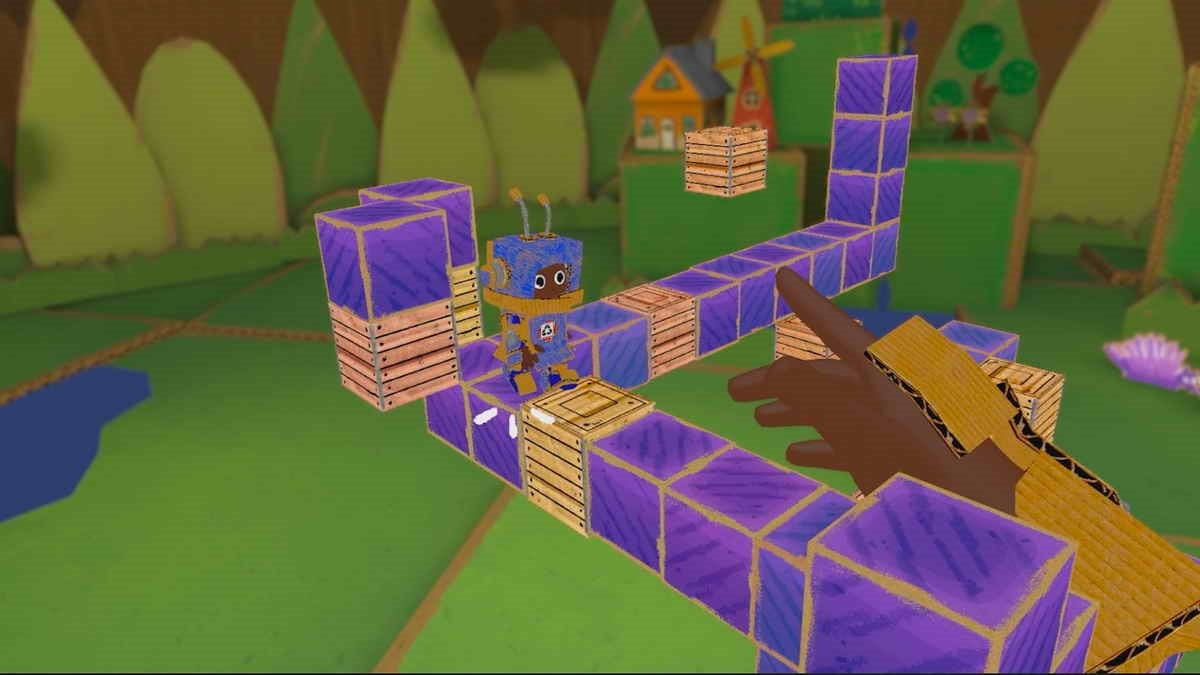 Vertigo Games is one of those companies that’s made quite a name for themselves in recent years – their latest release, PathCraft, kicks off what is looking to be yet another busy year for them. We took a look at the game on a Quest 2 headset.

Of course we all know Vertigo as a VR specialist, but they’ve made the shift from mostly developing their own titles to now also being a full-blown publisher of games by other studios. PathCraft’s an example of that, having been developed by Devil Cow Studios as a VR puzzler inspired by the likes of Lemmings and Leedmees.

As in those games, your task is to guide characters to where they need to be by manipulating the environment as they walk around – often to their doom if you’re not there to help out. And there’s no story here, so that’s pretty much the general idea for all of the game’s 80 levels – save the little boy by guiding him across the level, gathering the power cells within as you go.

If you ever played Lemmings before, this sounds familiar, only here you’re not adding skills to the little boy but rather manipulating the environment directly – mostly by placing a variety of blocks and in most cases by exploring different possible routes through a level. In some cases, the action can also get hectic, as your little boy is constantly moving there can be time pressure because blocks have to be moved from one spot to another mid-level – you’re not just hitting ‘play’ and watching the action unfold like you would in Crazy Machines VR, another title with similarities to this one.

Making sure there’s enough variety, there are hazardous blocks and other dangers to avoid, and in some cases you’re even guiding additional characters – making sure a friendly robot helps you out. With about 80 levels to complete, PathCraft took us close to six hours to complete – which represents good value for money in the VR domain. There’s some potential added value here as well, with a level editor and the ability to play creations made by others, the option to unlock cosmetic upgrades and online leaderboards. 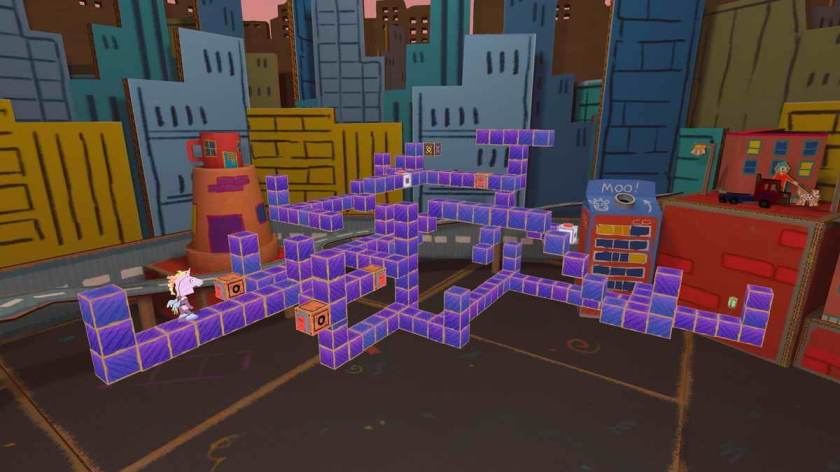 A cool touch about PathCraft is that it supports hand tracking a control-option, letting you go Touch-free on this one – though the more frantic levels will probably see you reaching back to the traditional controllers for more precision and responsiveness. PathCraft has a fairly simple 3D block-based structure to its levels, so it’s generally easy to grab and place what you need as long as you feel comfortable with the controls.

PathCraft isn’t the most stunning or original VR puzzler out there and its mechanics have regularly been seen elsewhere, but it’s competently made and offers good value for money as an accessible VR take on a retro formula.