As we count down the days until Gamescom (which launches digitally in about a week), we take a moment to check out two brand new games: Lovingly Evil from Lizard Hazard Games and Green Man Gaming launches this week, whereas BPM: Bullets Per Minute doesn’t launch until next month. We went hands on with both and also tried out Zombie Driver’s Immortal Edition, which now comes with PS5 compatibility included!

Lovingly Evil is out now on Steam

Part visual novel, part dating sim, Lovingly Evil is certainly something different from the norm – and that applies even when you consider the romance-focused visual novel as its own little subgenre.

Where a large part of the games in this particular genre feature anime-inspired visuals and themes, Lovingly Evil goes a different route, featuring plenty of humor and poking fun at different archetypes. Its set against the backdrop of a special conference for all things villainy, dubbed V-con. Bringing together villains from all worlds, dimensions and times, it’s a who’s who of bad guys.

Besides presenting these villains in archetypical and often funny ways, the game also uses the ‘con’ setting to good effect, seamlessly blending in typical conference events like specially themed talks. If you’ve enjoyed your fair share of videogaming/movie history over the years, you’ll certainly appreciate the many nods to classic ‘bad guy’ tropes. 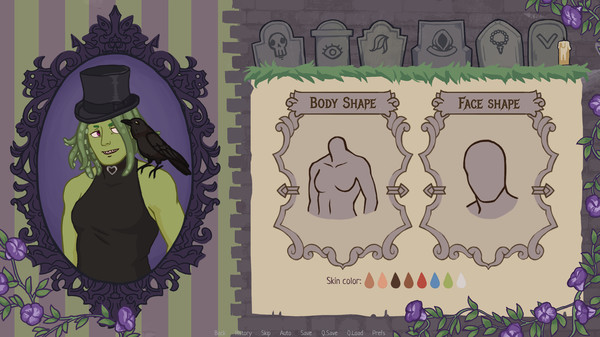 If you prefer the Otome side of things, then the game also lets you explore potential relationships with a handful of the villains you encounter, and you can customize your own character to further experiment with the romantic matchups that are possible in the game. If you fancy more traditional gameplay elements, then you can engage with optional minigames as well.

Either way, if the setting and comedic undertone of Lovingly Evil appeals to you then you’ll want to check out the store page for this PC-exclusive game at https://store.steampowered.com/app/1247020/Lovingly_Evil/
BPM: BULLETS PER MINUTE comes out next month

Another PC-exclusive is the rhythmically-fueled BPM: Bullets Per Minute, of which we recently got to try a pre-release version.. Technically that entire title is supposed to be in all caps, but since that hurts my eyes I’ll just go with BPM from here on out. It’s a retro-inspired shooter, much in the same vein as the recently released Hellbound. Classic high octane shooting action mixed with modernized visuals rather than a straight up Doom/Duke Nukem 3D visual flair to it. 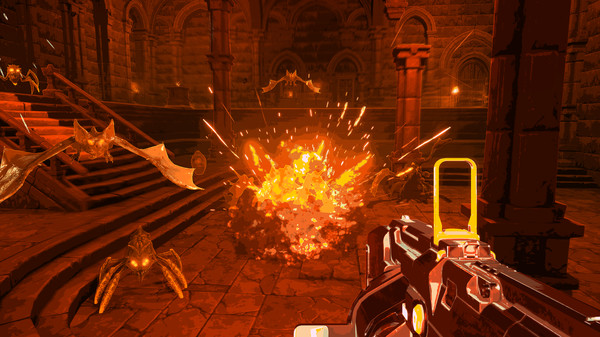 BPM has a rather neat twist to it though, and one that’s fairly unique to the world of first person shooters. Music plays a crucial role in the gameplay, and performing actions to the beat of the (rock opera) soundtrack gets you rewards that might make all the difference in the midst of battle. During our playthroughs, we experimented with firing to the beat to amp up the damage that’s being dealt and reloading to the beat to speed up the process quite a bit, but you can also jump and dodge to the sound of the music. Bosses also have their own unique ways of tapping into the music that’s playing with their attack patterns, so you’ll have to adapt accordingly.

When things come together, you get into a flow that’s somewhat reminiscent of the recent DOOM titles, which are also all about free-flowing non-stop combat. The game plays out very differently though, with randomly generated levels rather than the carefully crafted masterpieces that id created. BPM is much more about replaying levels and facing not only different levels but also taking newly unlocked weapons and perks into play.

Despite the randomly generated levels, BPM also features seven bosses that become increasingly difficult to defeat, forming a campaign of sorts without much of narrative. Beat it, and you can engage with some of the game’s challenge modes as well. For those looking for an FPS experience that’s a little different from the norm and puts a new spin on the retro shooter, this is one to look out for when it launches next month.

It’s hardly what you’d call a “new release”, but Zombie Driver was just released on the PS4 in an “Immortal Edition”. Perhaps the new moniker is hinting at the fact that the game’s already confirmed to be compatible with the PS5 as well, so this is going to be a game that’s sticking around. Coming from an 2009 Android original and X360/PS3 versions that date back to 2012, that’s quite the lifespan.

What makes Zombie Driver interesting to look at as well is that it was an early project for developer EXOR Studios, who have since given us X-Morph: Defense and currently have The Riftbreaker in development, two games we’ve previously looked at and demonstrate the studio’s skill at creating engaging games with a top-down perspective. 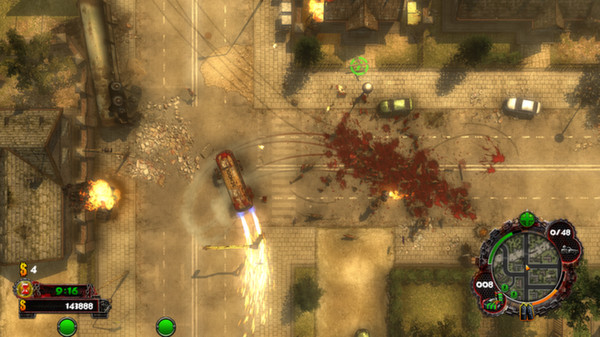 Zombie Driver fits in with that approach, with its blend of old school GTA, Carmageddon and, of course, zombies. The core concept is fairly simple, but the Immortal Edition showcases how far the game has come since its original mobile roots, as it include technical refinements (like 60 fps) as well as all of the additional DLC content that was ever released for the base game. With a story mode that includes races, boss fights and diverse missions, upgradable cars and additional gameplay modes, this certainly is a content-rich title for its budget price point.

Sure, this is a title that’s close to 10 years old now, but top-down graphics generally age quite well and you’re getting a lot of mindless fun ploughing down hordes of zombies. EXOR’s later title features more intricate gameplay mechanics, but if you’re looking for a fun diversion and missed this the first time around this is well worth picking up. And if you previously bought it on PS3 you have no excuse at all, because you’re getting it for free!