As we’re entering a season full of big profile releases, we’re not losing sight of some of the smaller games out there. Today, we’re taking a look at the recent 1.0 release of Arboria, the Early Access release of Reshaping Mars and the exercise-centered Family Trainer for the Switch.

Developed by Dreamplant, Arboria had been in Steam’s Early Access program for a while, but recently launched into its 1.0 version. A dark fantasy action RPG with strong Dark Souls influences, it features trolls in what is a rather rare setting for fantasy games, as you’re part of troll heritage as a Yotun warrior looking to save the tribe from extinction.

The game also features roguelite elements, and you get to mutate and become stronger during and in between runs. Ultimately, the goal is to save the Father Tree, which is the source of your tribe’s strength, but has fallen ill due to some dark powers. That sounded a bit Avatar-like to us, but Arboria is definitely its own game and is a solid approach to the popular genre. 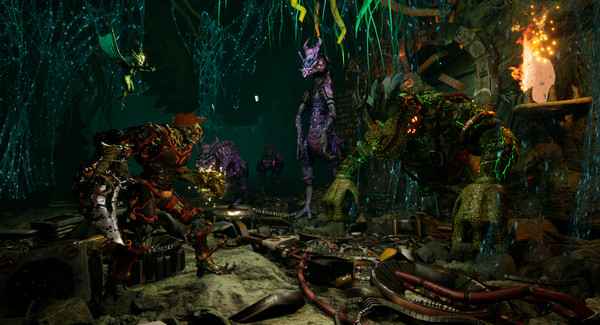 While the Dark Souls inspirations are clear, the general pace of combat is perhaps more akin to something like Bloodborne. It’s faster than Dark Souls, but you’ll quickly notice it’s just as challenging as the games that inspired it, and there’s a steep learning curve. This is where the mutation system comes in that doesn’t just make you stronger but also gives you new abilities in combat – many of them giving you access to brand new combat strategies.

Although ultimately well balanced (no doubt a result of the Early Access phase), Arboria should explain its mechanics a bit better when you first start playing. Even though this is a common element in soulslike titles, my first few hours with the game felt very “trial and error”-like and I would have likely made different choices had I had a better introduction at first. 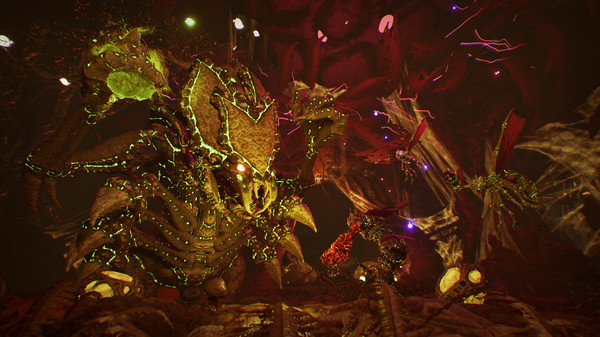 Still, in such a saturated market, Arboria stands out as one of the games on Steam we’d recommend. Despite an abundance of soulslike games on the platform, very few tackle the 3D approach like this game does and it brings a unique style and character to its formula, which is made more interesting because of the mutation aspect. The story isn’t great, but this one has solid gameplay and that’s what matters most in a game like this.

You could say that we have a soft spot for solo indie development, and we’ve seen a few excellent examples in recent months (like Radio Viscera and Song of Iron) that really strengthen that feeling as well. Reshaping Mars is the next thing that popped up on our radar, as it’s an ambitious construction/management game that takes place on Mars – a solo take on games like Surviving Mars and Per Aspera, if you will. It’s being developed by Tholus Games and published by Yooreka Studio.

Your Mars adventure starts from the very basics, and then you’ll build from there. That means that your initial goal will be to secure the resources you need, including minerals, water and food, after which you can begin to construct houses for your settlers and start your colonization efforts. You’ll have to keep them safe against natural hazards like radiation and sand storms, which of course doesn’t help when you have serious plans for expansion at the same time. Research is crucial to becoming more efficient, but growth comes with its own challenges.

As your population grows, it will need to be entertained as well, and they’ll develop other wants and needs too. Combat eventually becomes a factor as well, as does diplomacy, as groups with different and opposing interests emerge both on Mars and outside of it. One area we didn’t encounter yet were the economics of moving and selling goods, but perhaps that’s what sets it apart from similar games as well – there is a big emphasis on base building and management here, with elements of real time strategy as well. If you enjoy sci-fi management games, this is one to look out for.

Remember the Nintendo Wii? Of course you do, and you no doubt also remember the seemingly endless wave of motion controlled games and compilations that came out for it. Some were perennial favorites, but there was also plenty of shovelware out there – and then the genre just kind of vanished. Nintendo’s Ring Fit Adventure proved that there’s life for it on the Switch just yet, and now Bandai Namco has come out with Family Trainer – letting one or two players compete in fifteen minigames that encourage physical fitness while playing.

More so than offer exercise routines, the game gives you access to a wide range of games inspired by either sports or outdoor activities. You can climb waterfalls, jump logs, play whack-a-mole, canoe and bounce on trampolines, just to name a few. There are both competitive and cooperative multiplayer modes includes, making for a nice and diverse mix of ways to play.

Motion controls (for a Nintendo platform) haven’t gotten much better since the Wii days though, and your mileage will vary depending on the game you pick – some feel more responsive than others and while things are generally just fine you might you get frustrated if you prefer accuracy over just having fun with it all.

Controller-wise we’re guessing that some of the inaccuracy must come from the fact that Family Trainer uses both hand controls and leg controls – the latter by putting on the Switch controllers in a leg strap. Hand controls are generally more accurate than leg controls, but using both ensures a full body experience and those minigames are generally the most fun ones as well.

Family Trainer has a presentation style that fits neatly with those classic Wii games (which isn’t surprising because there was a Family Trainer version for that system as well), but it adds a nice anime touch to it for a colorful HD look and feel. In a market that’s not saturated with games like this anymore, it’s a solid choice – just be sure to either get the physical edition or buy some leg straps for more multiplayers fun (you can also use the Ring Fit one).