Three very different remakes today, as we look at the return of Lucky’s Tale on the Quest 2, Asteroids: Recharged from Atari and Rune Factory 4 Special, which is out now on PlayStation, Xbox and PC.

Playful’s platformer Lucky’s Tale has been on quite a journey in the past five years, but the cute little fox has come full circle with a release for the Quest 2 headset now. We couldn’t wait to dive in.

Why the enthusiasm for this new version, you may ask? Well, a lot of that is due to the fact that, back in 2015, Lucky’s Tale was the very first example that we got of a VR game that was based on the formula of a classic 3D platformer. It was a Rift-exclusive though, and although many Rift owners have played it after it was released in 2016, it was quite a niche title from the early days of VR.

A flat screen sequel for the Xbox followed not long after, but it wasn’t until New Super Lucky’s Tale that Lucky got mainstream attention across a wide variety of platforms. We reviewed it when it hit PlayStation, and what we originally played as demo that felt like an awesome proof of concept felt like a mature and fun platformer now. With the new Quest 2 remake, which has also launched on Steam, the original Lucky’s Tale now also get a wider audience.

Lucky’s Tale in 2021 isn’t a straight port of the original Rift game though, as it features visual optimizations that make use of today’s technology – showing us how far VR has come from the days where you needed a tethered headset connected to a very powerful PC. Lucky’s Tale still looks a little better when played on a PC (and the Steam version also makes it compatible with the first Quest model that way), but on a Quest 2 it’s nothing short of impressive. Improved detail and lighting stand out, and the use of the character model from New Super Lucky’s Tale (the most recent console title) is also a step forward.

The gameplay itself hasn’t changed much though, but it’s a testament to the quality of the work on the original game to see that it has aged very gracefully. In fact, we believe it’s the best platformer available on the Quest 2 at the moment – though partly because we made it easy on ourselves by calling Moss a puzzle/platformer hybrid and not a straight up platformer. Lucky’s Quest also features levels and sections that are akin to Moss’ diorama-like scenes, and these play as traditional 2D platformers (though with the freedom to look where you want). In other places you’re moving freely through a 3D environment though, and this is where some really creative use of VR comes into play – for instance when you’re walking across a bridge but have obstacles swinging towards and away from you. A must-have for any Quest 2 owner, especially when you consider the modest asking price.

While we still haven’t been able to secure some hands on time with Atari’s new VCS console, 2021 definitely put the company on the map with some solid ‘recharged’ versions of some of their classic arcade hits. We reviewed Black Widow and Centipede earlier, and just before the end of the year we’re getting a new version of one of Atari’s most iconic arcade hits: Asteroids.

While I wasn’t around for the original Asteroids launch in the seventies, it’s a game that through many iterations has been played by nearly all who first started playing games in the eighties on home computers and PCs, or who owned an Atari 2600. Asteroids: Recharged doesn’t stray far from the formula so it’s instantly familiar, but it also does a few new things – including a brand new look and feel that’s just as neon-infused as Atari’s other Recharged titles, while retaining the line-drawn nature of the original ships and enemies as a nice touch. It’s a tad minimalist, but we certainly appreciate the retro look as few things say ‘classic arcade era’ like some neon colors and a thumping soundtrack.

As with other Recharged releases, power-ups are introduced to the original gameplay, many of which give you interesting new weapons to try out. It’s a dynamic that effortlessly fits in with the control scheme that lets you rotate in all directions or thrust forward as you navigate a 2D playing field, while avoiding enemies, their fire and debris from space rocks. It’s all very familiar, and made me miss the classic arcade joystick setup – I’ll need to invest in a PlayStation-compatible arcade controller for one. 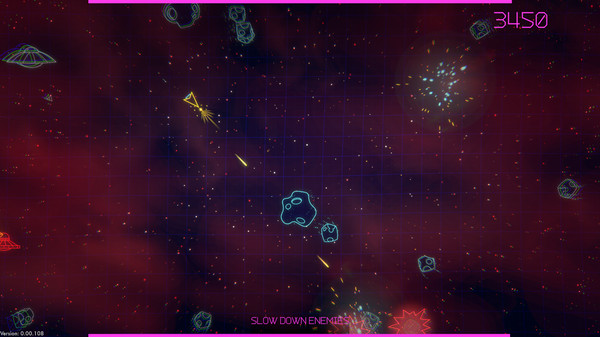 Asteroids: Recharged features an arcade mode and a challenge-mode, which not only features a diverse range of objectives to chase after but also has leaderboard to make sure you keep coming back. And while Asteroid was originally conceived as a single player experience, the Recharged version also features local/couch co-op, which is a lot of fun. Part of me wishes Atari had released the Recharged games together in a bundle as they complement each other so well, but at the same time I’m happy the keep going with a regular stream of new titles in this series.

The original release of Rune Factory 4 was during the heyday of Nintendo’s 3DS era, so Rune Factory 4 Special – the brand new re-release for the Xbox, PlayStation and PC platforms – certainly took its time in getting here. Is it still worth playing though, now that Rune Factory 5’s western release is on the horizon? That largely depends on nostalgia.

Since the release of Rune Factory 4, the genre has exploded in popularity thanks to games like Animal Crossing, Stardew Valley and Story of Seasons – though the mix of genres that’s on display here is still an exciting one – combining farming/life building with RPG and combat elements for those who want to do more than tend to local chores. The game even comes with an epic storyline involving dragons and castles, though you’ll quickly lose sight of the grand nature of the story as you focus on everyday tasks and events – ones that involve meeting new people, building relationships with them and eventually even marrying them. A playthrough of Rune Factory 4 will take you between 40 to 50 hours of gameplay time, and only part of that is about uncovering the grander mysteries of the storyline.

Rune Factory 4’s main draw over others in the genre is its combat, with fairly straightforward action RPG mechanics and excellent boss fights. If you just want an action RPG then you can find much better examples, but here it’s paired with the crafting and farming mechanics that aren’t usually part of those – and the good news is that all of Rune Factory 4’s elements have been implemented quite well. Sure, farming’s a bit on the basic side, but that also means it’s not going to scare players away who aren’t interested in games where it’s the main focus. Developer Neverland’s gameplay design nicely walks the middle ground between genres, and this is where the game is at its most comfortable.

As a handheld port – and one that’s almost a decade old – Rune Factory 4 Special isn’t the best looking game out there though, so with more modern looking alternatives out there (and a new Rune Factory coming soon) you need a certain degree of tolerance for 3DS-style visuals if you’re going to make it through a 40+ hour title. It’ll feel like a warm bath for those who played and loved the original, but others might struggle to get drawn in.